The biggest news at the moment is the fact that Doug Stormont won the election for Prairie Township trustee against incumbent Jeff Nourse. Stormont had hired me to help compile campaign literature for this election.

I am very pleased that we won--in a way it was pay back for the lousy literature Joe Wharton had put out in 2001 that cost John Hart the election--that literature had contained irresponsible misinformation. Moreover, this year's election was really Nourse's fault--his own words and tactics put him out of favor with the voters of Prairie Township.

Being a part of this campaign caused some friction between me and my former employer, the Columbus Messenger. But the election is over, and the stress is behind me.

But that doesn't mean the drama is gone. Another one of my band clients, Liquid 6teen, has lost their their drummer. It's yet another big shake-up in the local music scene. Liquid 6teen has no plans on quitting, and they are seeking a drummer. Former Liquid 6teen drummer Shawn Huff has moved on to another band that includes former Cringe members Ryan Butcher and Corbin. I wish the best of luck to everyone on all sides.

That's it folks. I hope everyone has a great week. Take care. 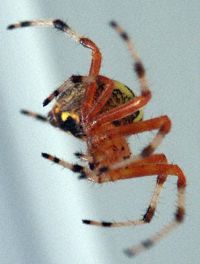