csde_tension is a hybrid Counter-Strike map that extends and improves the base design of csde_campside. I loved the concept of campside while I was designing it, but after my friends tested it out for a while we concluded there could be some improvements.

Foremost was the lighting. Campside is simply too dark for the taste of most CS players. I increased the lighting on tension and chose the standard Dawn sky map. (I almost created my own sky map in Bryce… but after running a server and noticing how players hate downloading custom files… I opted out of that.)

The next most notable change was increasing the size of the map by adding an entirely new area that increases the total map size by a third. In that area I added a second bomb site. The new area further complicates the map by giving the counter-terrorists and terrorists an entirely new route to get to each other (and making it more difficult for the counter-terrorists to guard all bomb sites).

As a hybrid map, there are both hostages (for counter-terrorists to rescue) and bomb targets (for terrorists to plant the bomb). Since Counter-Strike was programmed with only one goal per map in mind, the rounds sometimes extend past the completion of saving all hostages or planting the bomb. Usually, if the bomb goes off, the terrorists do win—but I have noticed that more often than not the counter-terrorists will not win simply by rescuing all the hostages.

The hostages will not cross the rickety wooden bridge. (Perhaps the hostages overheard the terrorists talking about how easy it is to shoot out the planks from under your feet.)

For me, the primary goal when designing tension was to make a map that is quick (spawn points are relatively close) and fairly complex—I love maps with some complexity. Tension, unlike most maps, has many levels in three dimensions! The main area of the site is composed of a ground level (with a running river) and entries into the main chamber of the terrorist hide-out. There are a few levels inside the hideout. Outside the hideout (and under the rickety bridge) is a winding path from the CT spawn to the nearest bombsite. Terrorists can win the round by planting at this site—but will make less money as it is close to the hostages and will harm several of the hostages. 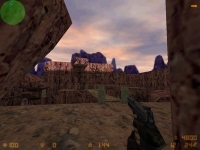 View across the canyone from the counter-terrorist spawn. 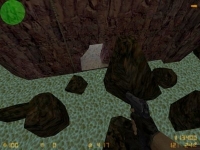 View from the path leading down to bomb site B. Looking at the river and one of the entrances into the bottom level of the main cave. 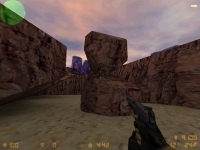 View of the area leading to bomb site B. 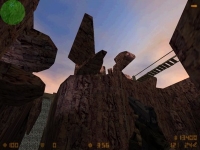 View of the canyon from bomb site A. 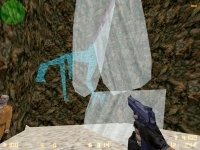 View of the cave where two hostages are kept and some of the terrorists spawn. 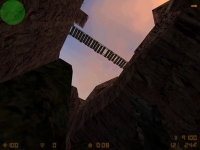 View of the rickety bridge from the waters below. 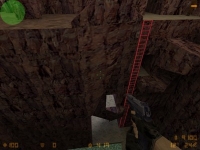 View of the canyon wall and ladder at the terrorist spawn. 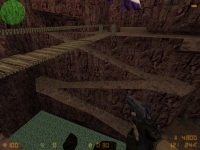 View of the path leading from the counter-terrorist spawn down to bomb site A. 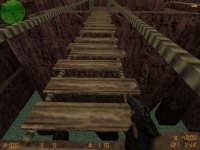 View of the bridge will crossing from the counter-terrorist spawn. 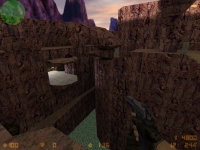 View of canyon with bomb site A at bottom left. 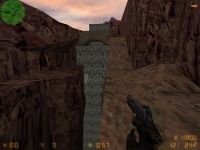 View of the waterfall and stone bridge.