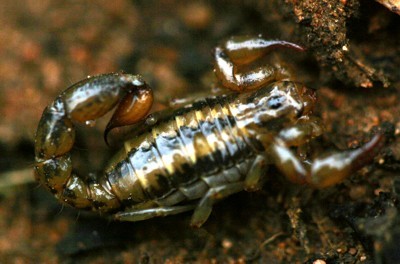 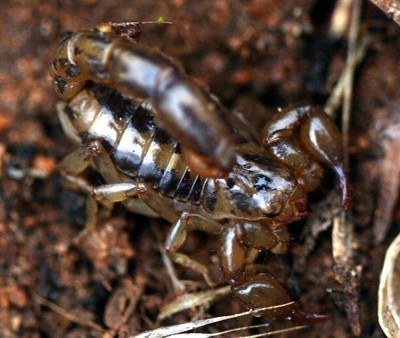 While in Arizona I had to find some scorpions—they are bizarre arthropods that I don’t find near my home; my favorite band is also called the Scorpions!

On my first day I uncovered rocks to find a scorpion. Under the third rock was a pale scorpion probably just over an inch long. As it was after sunset, I did not have much light for a good shot. (I usually hate using a camera’s built-in flash).

The next day Rich uncovered one under the third rock he turned over. As such, we concluded that they are pretty common.

Whenever I get back out to Arizona, I hope to see several species, including the infamous bark scorpion. After reading about scorpions, though, I was surprised to find that the stigma associated with scorpions as lethal is misleading. According to the sites I read, death from scorpion envenomation in Arizona is unheard of. According to the Museum of Cape Town, only 800 people are killed by scorpions a year in the world. Considreing how common scorpions are in some regions, the fatality rate seems relatively low.

Well, I was doing an internet search for plants in arizona so that I could increase my home garden, when I found your website. I was intrigued. I must tell you that I am Arizona born and raised and I am shamed to admit that I have taken for granted all the beauty and wonders of Arizona. The pictures of your desert landscape remind me of my childhood playground! Thank you for renewing my sense of awe of my wonderful State!

(I did also want to say that the picture titled mosquito on the flowering bush Gila River looks more like a dragon fly to me! But, maybe you are right, maybe it is a mosquito!) How naive I am! 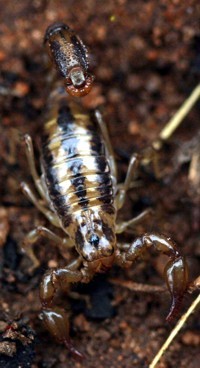 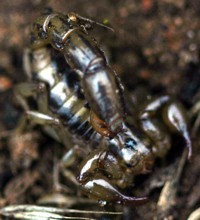 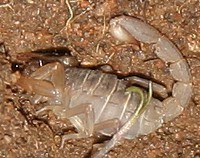 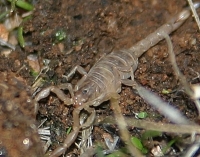