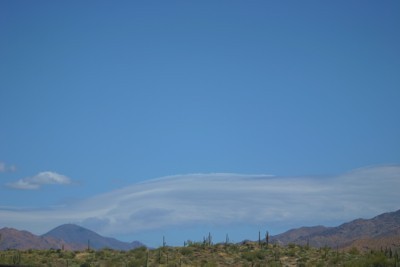 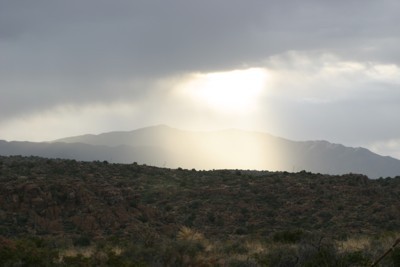 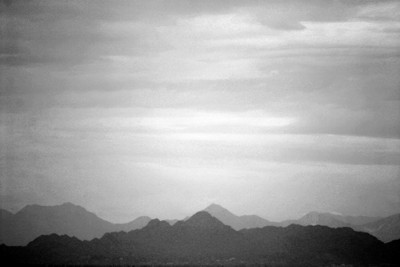 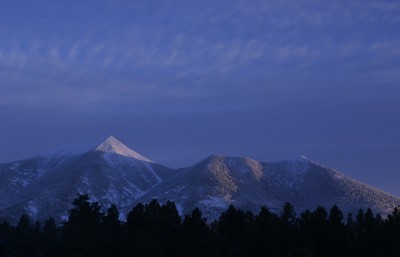 As someone who has lived in Ohio for most of my life, I have always enjoyed every opportunity I have had to travel. But until last week the furthest west I had gone was the eastern portion of Montana. So I was not totally prepared for the amazing landscapes I saw while in Arizona.

As soon as my friend/host/tour guide Rich Boucher loaded up the truck, my two boys and I were led on a journey into a fascinating wilderness that is, in many respects, just as treacherous as it was before the 19th Century miners poured into the region; the phrase "unimproved road” on maps, along with signs about not feeding bears, coyotes and other predators, was only an indication of how remote some of Arizona is.

The first thing that I noticed about Arizona is this—it’s big. I didn’t expect Phoenix to be completely surrounded by mountain ranges. Almost every time we packed the truck for our next location, we would be on the road for hours at a time. In some states, long drives can get monotonous—and perhaps that is the case for locals who see the landscape every day. But I enjoyed every drive as we drove from site to site. Miles of desert broken by dry washes, towering cacti and Mars-like terrain are backset by mountains hiding more distant, hazy mountains.

But it’s not all desert. I never thought that Arizona would be cold… but as we traveled north to Meteor Crater and the Grand Canyon, we found the weather both cold and snowy—even in later March. Saguaro hillsides gave way to pine forests.

One week is certainly not enough time to really explore any region—let alone a state as diverse as Arizona. I cannot wait until the next time I can make an expedition out there to explore more of the desert.