My lectures seem to fall on deaf ears. Perhaps I need longer Q-Tips?

Well it was my turn to eat my words last week. A giant storm swept through the Midwest. I turned off most of the computers in the house… and the rest I ignored because of the surge protectors. For a moment I though, "Maybe I should do what they say and unplug everything?” The thought didn’t last long. And neither did my happiness.

A large flash and loud crack is all I experienced, but the network in my home suffered a great trauma. All network cards, modems, routers hubs and even motherboards got fried. Even phones got zapped. For a few days we had no phones here, and even still we haven’t replaced all the loss.

It appears that you should unplug things during lightning storms. Oh yeah… you need surge protectors for phone lines and cable modem lines too—not just your power cords.

In other news, I have received various emails from site visitors that might be interesting for the newsletter.

One email is from a woman in San Diego who reports that Hobo Spiders are starting to invade her home and terrorize the family. I personally never heard of the hobo spider before the email… but after the email looked into it. There is, in fact, a growing problem with non-native hobo spiders in the western United States.

If I can get out there sometime I plan on photographing the large spider. Learn some more about the hobo spider at HoboSpider.Org. According to the site, cats and the praying mantis are useful in controlling hobo spider problems in your home.

Finally, I received an email from someone regarding my essay on Houdini and Howard Thurston. The email simply said that Houdini’s wedding band had the word "BELIEVE” engraved into it; I assume that the email was from someone who was offended by the essay’s conclusion that Houdini was a skeptic. I am sorry for all the spiritualists out there—but Houdini was not a believer in the occult or spiritualism. He was, in fact, a champion of skepticism. Perhaps the word was something more personal.. believe in Love; believe in Hope; believe in Us…?

Have a great week. 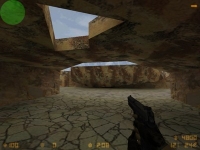 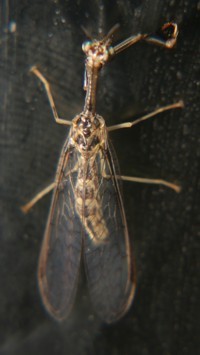 My first encounter with a mantidfly... a small predatory insect that resembles a praying mantis but us more closely related to lacewings.