When I was a boy I used to catch spiders and put them into white 5-gallon buckets my dad used to keep around the house. I'd throw in some twigs and leaves, and watch the spiders weave webs and fight.

After the spiders grew tired of fighting and went back to their webs, I'd throw in some insects. Usually the easiest insect to catch on hand were the bright and colorful leafhoppers that populated the leaves of mom's grapevines and flowers.

I have great respect for spiders. They can be creepy at times, but they are always fascinating. Their bunch of eyes stare at you strangely, and you can't help but feel that an alien is watching you.

The fact that spiders eat annoying insects is just a bonus. 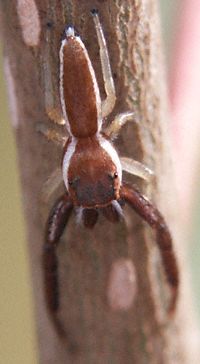 Brown spider I found in the woods near home. 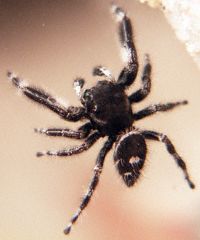 A black spider that served as a pet for a few weeks. 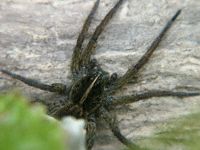 This wolf spider became a companion during a fishing trip at Madison Lake. 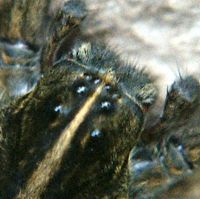 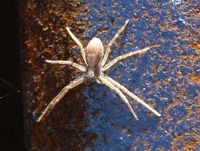 This tiny spider was only a few millimeters across. It's on the corner of a rail of some train tracks. 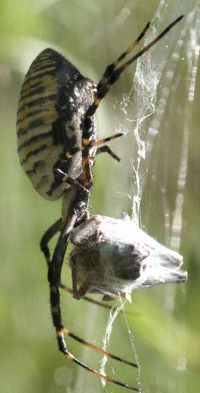 A hungry garden spider sucks the juice from a recently captured grasshopper. 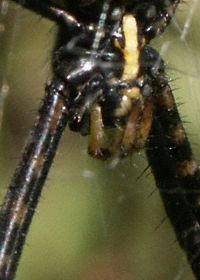 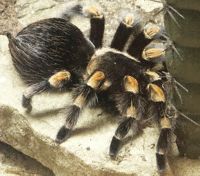