It’s with a heavy heart that I announce the death of John W. Hart. He passed away on May 14, 2003 in his Galloway home. He had been struggling with cancer.

It pains me to admit that I hadn’t talked to John in the last six months. The last time we spent together driving the back roads of Prairie Township, he seemed like he had another decade or two left in him. We were compiling notes for a biography I was putting together on his life… and tragically we never did cover his life in great detail—I expected to have a few years to work on this project.

As soon as I can sort through my notes and talk with his family, I will put together as much as I can on this great guy.

What I can say for now is that John was a man of integrity. He matched his ornery smirk with a warm charisma that made everyone feel appreciated. It seemed that half the people in Franklin County knew him—he had been a realtor for half a century and a Prairie Township trustee for over a decade.

On several occassions when I drove with John to talk and have lunch, he would stop the car and roll down his window to talk to the residents in rural Prairie Township. He seemed to know everyone’s first name. I knew him to bring fresh bread or hamburger to people’s homes just to make them smile. In such a manner he fed my family—insistent that we fill up on some great food.

Publicly John was full of warmth and stories. But the private man seemed even more warm. On every single occasion I had to spend with John, his talk turned to his children. He loved to talk about watching his boys grow up, about how proud he was of their lives and success. There was a spark in his eyes when he talked about how well his sons (and daughters) had raised grandsons.

John’s son Greg told me of a night not long before John passed away. Greg lay near his father and John gingerly brushed Greg’s adult hair as if Greg were still a young boy. Greg said it brought tears to his eyes, to see how much affection his father had.

So for me, I must say goodbye to a guy whom I had hoped to get to know even more than I did. John always had my deepest respect and admiration… and I am sad and disappointed to see him go. I know that I am not the only one… as over 800 people signed his guestbook at the funeral home. So if there is one happy thing to say, it’s that John was a worthy man that touched the lives of many people; John Hart was a man whose life was worth living.

Obituaries of friends and family of Shawn Olson. 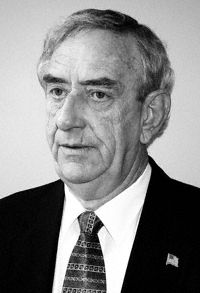 Trustee John Hart and Trustee Larry Worthington served together many years in Prairie Township. They were good friends. 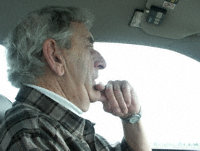 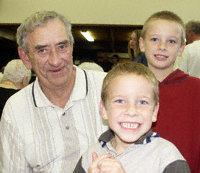 John Hart with two of his grandsons at St. Mark's United Methodist Church in 2001 or 2002. 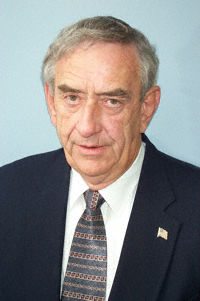 John Hart raising the flag in front of his Galloway home in 2001. Having served in the Korean War, John felt a deep respect for American patriotism. 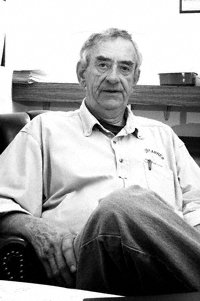 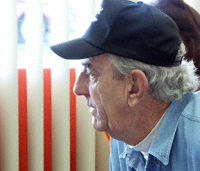 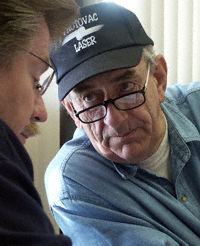 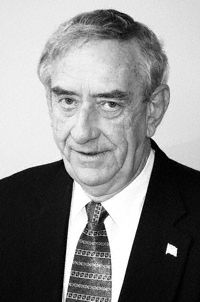 John Hart always seemed ready to smirk or tell a joke. But he was a serious man, devouted to his family and community.