The most important things

Mom had her fifth stroke. The entire family was held ransom between the forces of hope and resignation… and none of us knew from which we were coming to which we were going.

She lay there in a half-induced coma. My father and grandmother sat at the foot of her bed… they talked of her history of poor health. Every word of optimism quivered behind a sense of fatalism. I hope she pulls through, they said. If it’s God’s will she could be healed in the next second.

My faith is not the same as theirs, and I had to turn away. My mother was struggling helplessly against a lousy hand that fate had dealt her. She never smoked or drank… but always fought the genetic fiends that stalked her father.

Looking outside, I could not feel the sense of joy that normally came with such a warm blue sky. Traffic swarmed down Broad Street on its daily ritual of perpetual motion. I could not hear the roar of engines or the rustling of leaves blowing in the wind. I heard only the mechanical pumping of a machine pushing oxygen into my Mom.

Across the road I saw a swarm of protestors gathering in the abandoned Kroger parking lot. Television and media crews collected around the small band of people preparing to march into New Rome for yet another round of angst-filled demonstration against a petty and corrupt band of government and law-enforcement officials. At one time I would have been amused by the march, but as I watched the band begin the trek to its destination a block or two away, my mind was shaking inside.

This was significant news to the world. People are excited to see this stuff… marchers and protestors and angry mobs. This kind of display gets plenty of time filling the sound bytes and inky halftones of the media; and everyone has become so detached from living their own lives that this entertains and fills their days.

Many people would know about this march of self-righteous squabbling over an overrated strip of road. But few knew of the struggle happening a few feet from me.

Down the hall a monitor beeped an alarm and I heard some crying. Someone may have died… and I noticed a nurse walking someone out of the Intensive Care Unit. The nurse had her arm around the haggard visitor, and a chill crept down my neck.

My grandpa had taken his final breath just a floor above here. Suppressing the rage and fear inside, I looked to Mom and tried to smile. I tried to think of all the times she had tickled me as a child, all the times she told me silly jokes or pulled ornery pranks. She had spent a lot of her time over the past couple of decades nurturing and caring for her children and family. How many times did she go with me to pick berries and then make me pies? How many times had she supported me when the world was against me?

I could not begin to estimate the number. Mom always helped and loved me.

And here she lay, connected to medications and nutrition and monitors like an experimental test—and I was powerless to help her. I wanted to go outside and yell at the protestors—make them protest something really important. I wanted to vent rage at her predicament, at the irony and tragedy of life and death. But it was a futile thought. My protests could go nowhere… and I understood all too well the feelings that lead people to their faith in something greater than this life.

The world will not change just because we want it to. Some of it will only change when we do, and other parts of it are beyond our control. Though I don’t care about the struggle of mobs such as that in New Rome—and it annoys me that such things are necessary—at least it is practical application of the human gift of taking action on those things we are capable of affecting.

I cannot make Mom get better. I hope above all things right now that she does. All I can do is tell her that I love her and caress her tired face. And I can begin to remember to act on the most important things in this life—spending time with the ones I love so long as we are together in this world. 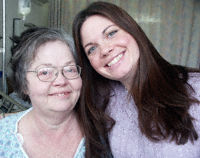 Donna Olson and Faith Burson in the Summer of 2002. 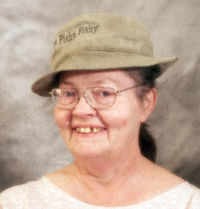 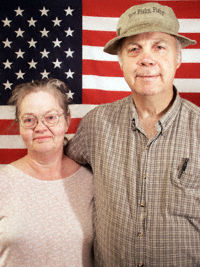