A Little About John Dalmas 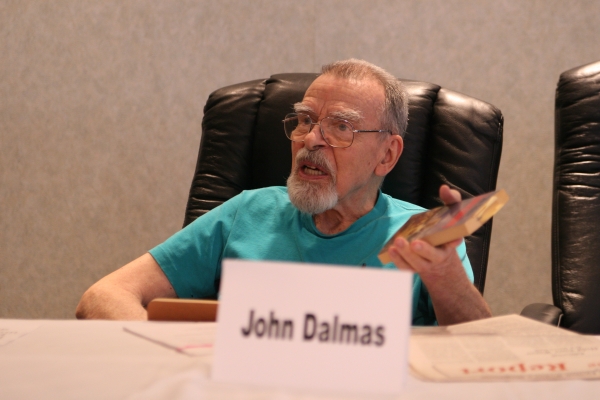 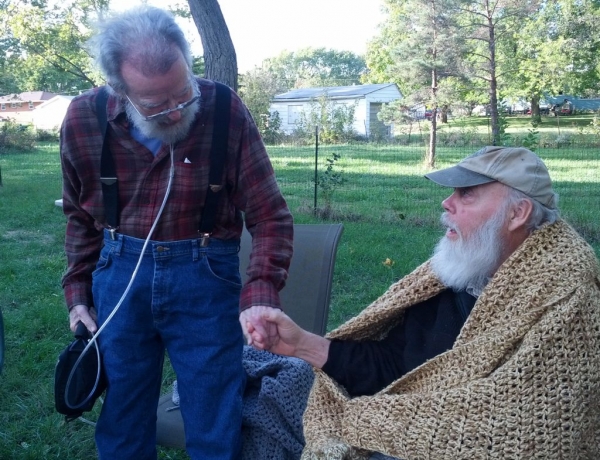 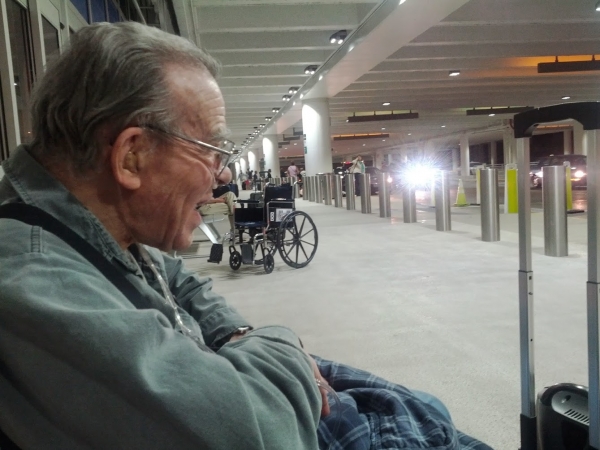 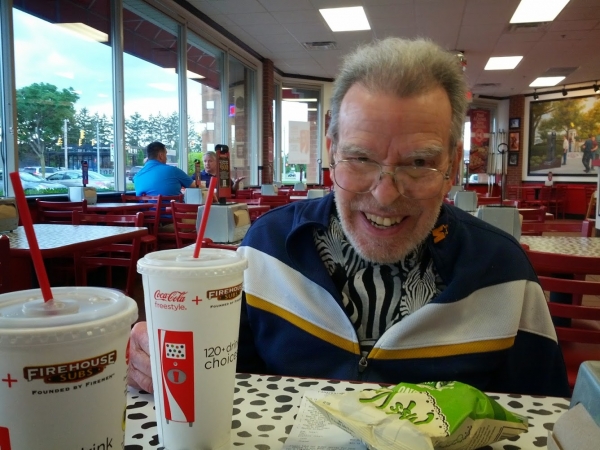 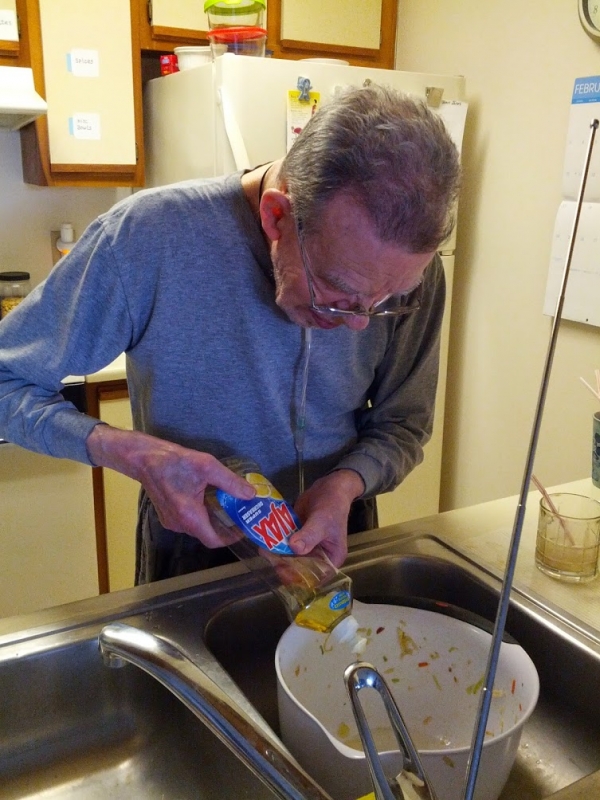 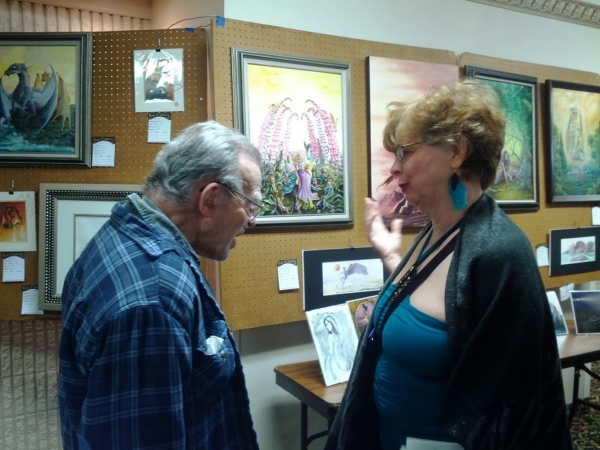 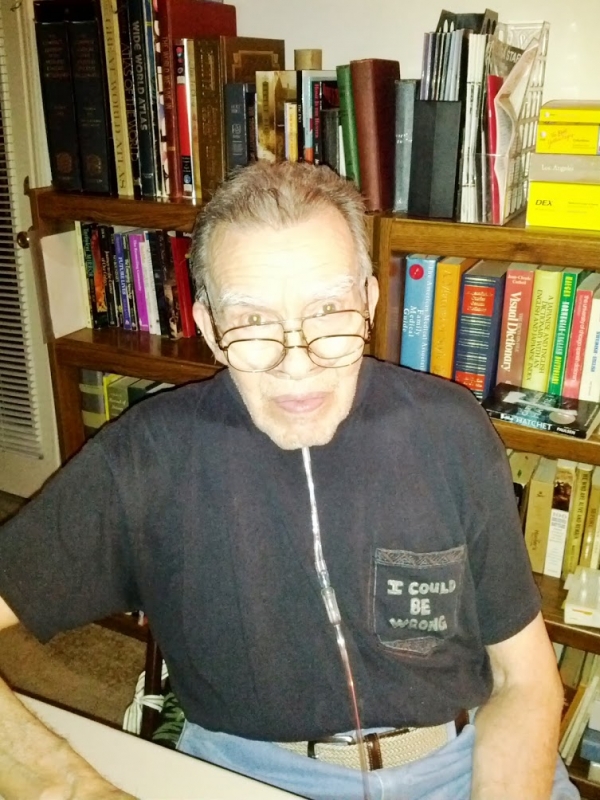 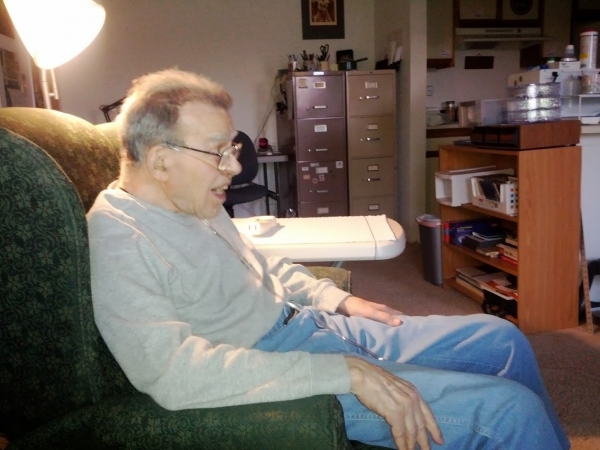 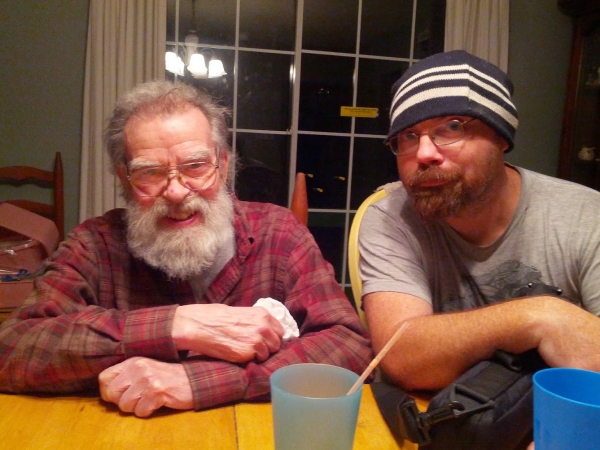 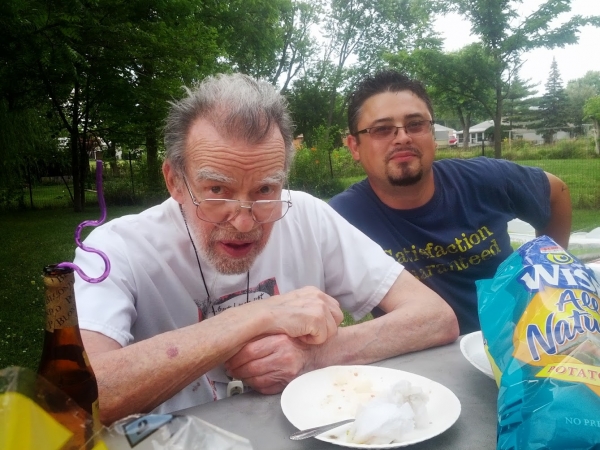 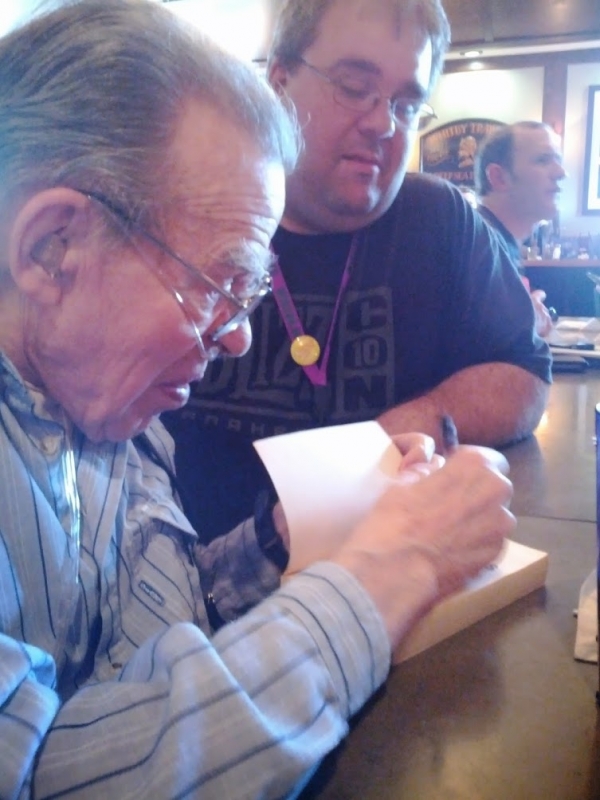 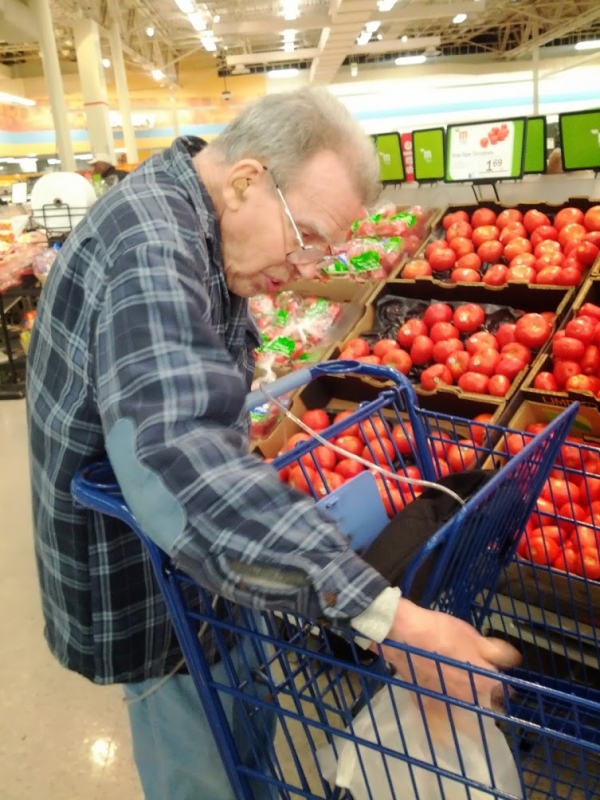 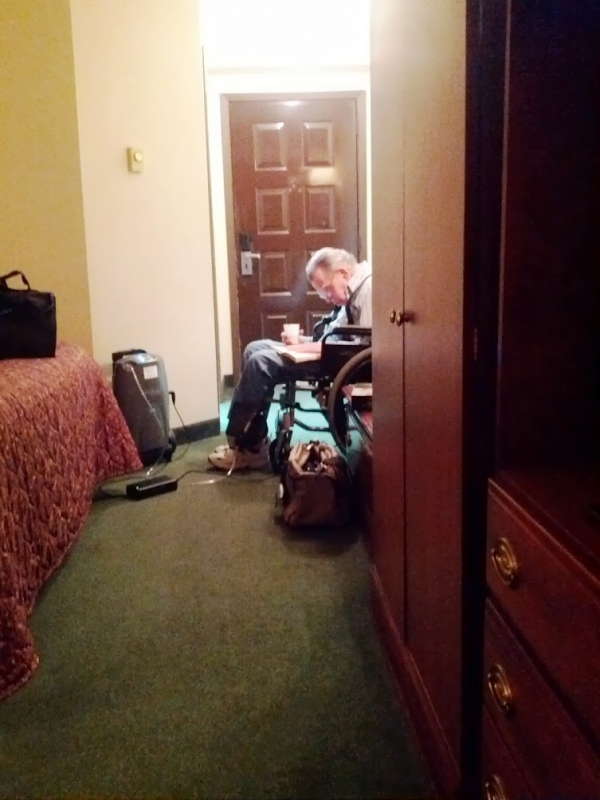 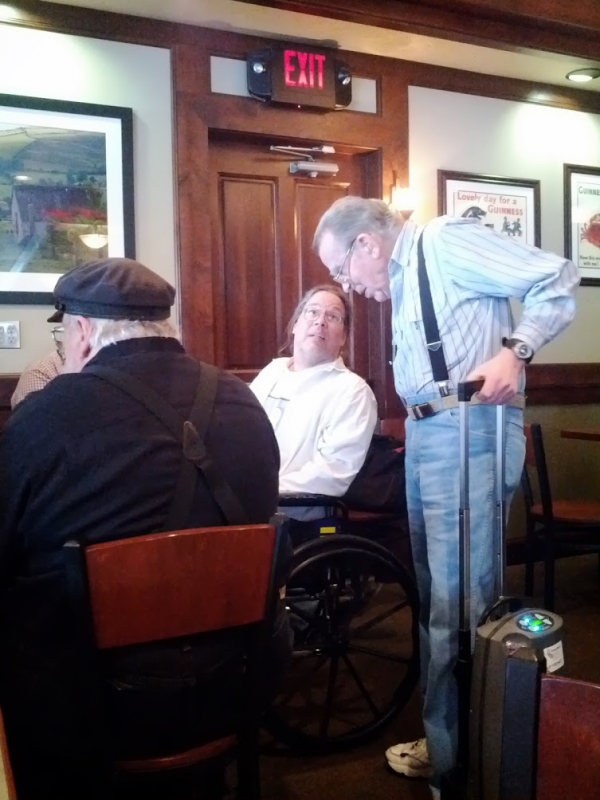 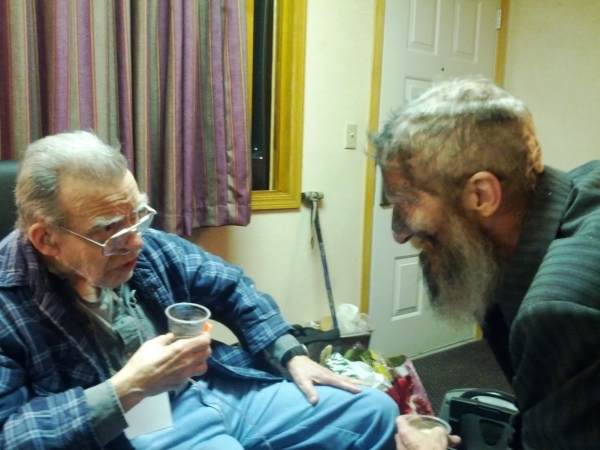 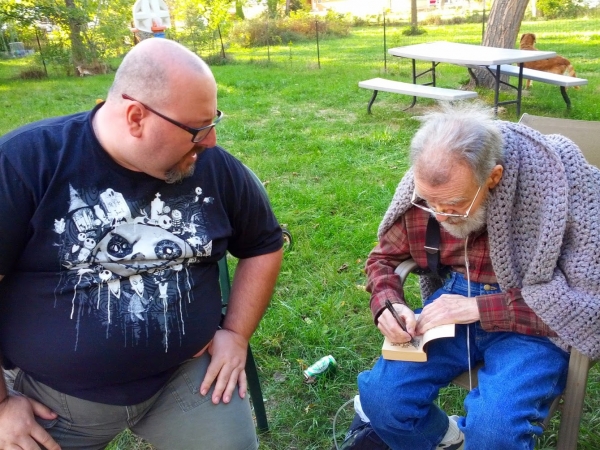 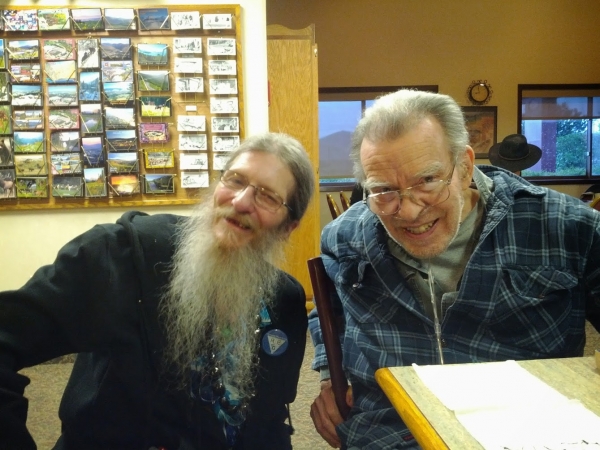 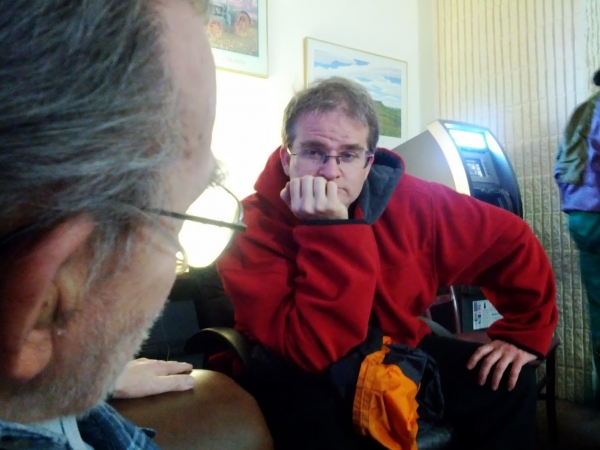 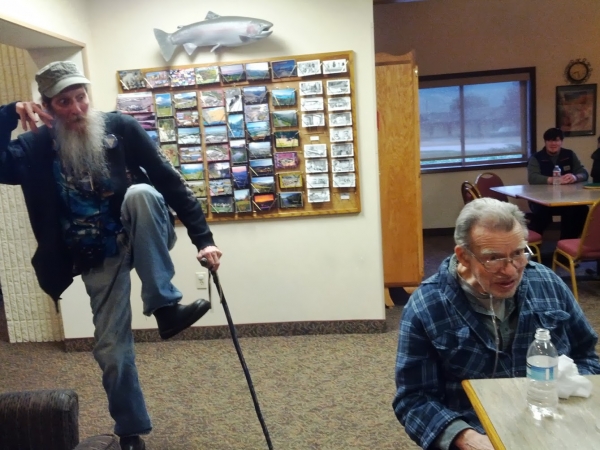 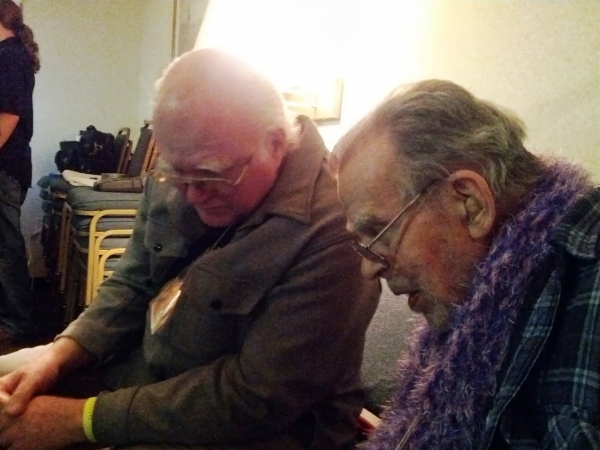 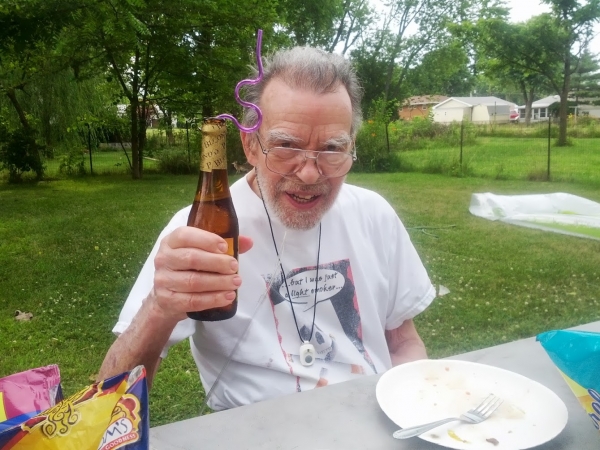 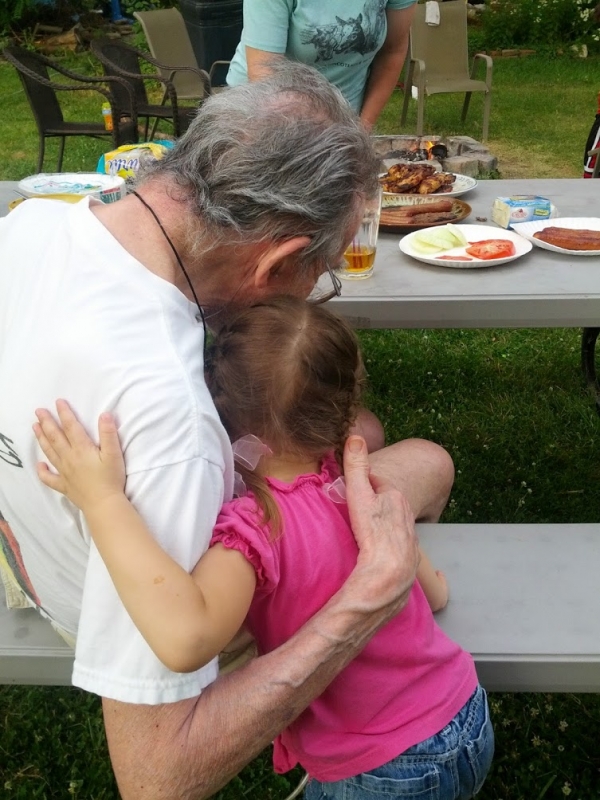 I last talked to John a few months ago and knew it would probably be the last time we spoke. For an hour John went in and out of the current timeline, intermixing his week with events that happened years and decades past. It was bittersweet for me, as I'd always known John to be vividly sharp with his memory. At the same time, he was the same kind heart that he'd always been.

“How are your spirits?” I asked him.

“Well I can't complain. I'm as well as can be expected.” That was a characteristic thing for him to say.

John Jones died today. That was his real name. But the world mostly knew him as John Dalmas, an accomplished science fiction writer who gifted the world dozens of books since the late 1960s. I didn't know John during his heyday. In fact, it was at the end of his writing career that we became friends (around 2005 when he moved to Central Ohio). It is my time with him that I want to share.

John was a quintessential story teller. He loved stories big and small. Many of his stories were rooted in his own history; others from the history of his interests—which were varied by most standards. I want to give a backstory on John—not necessarily in fact, but more in impressions and stories that John told me. I never took notes unless we were on the phone, so these must not be taken as facts.

John loved to talk about his childhood. His father had been an engineer on the boats ferrying goods in the Great Lakes early in the last century. It seemed that John had few concrete memories about his father except that he had been a strong and good man. His father died when John was still young. After this John and his mother moved in with his Uncle Al in Michigan.

John doted on his memories of Uncle Al. My assumption was that the friendly kindness interwoven into John's personality was a direct result of the influence of Uncle Al. That contrasts with Al's mother. John and his cousins called their grandmother (who also lived with Al) “Grandma from Hell.” As John explained it to me, Al had helped the young boy cope with her verbal abuse by explaining that some people are just mean and there is nothing you can do about it—that it wasn't John's fault. This likely played a role in formalizing a philosophical outlook in John where he did not find occasion to harbor ill feelings towards other humans.

John was drafted into WWII but didn't participate in actual combat. Once home, he spent time “bumming around” as he called it. Whether it was intentional at the time I cannot say, but he told me that much of the work after the war was his way of collecting stories and experiences for stories. He may have wanted to know more about who his father was, as he spent time on the steamers of the Great Lakes like his father had. Predominantly, he spent time as a logger. Eventually, this took him down a path where he got a Ph.D. in ecology.

Others can fill in the following periods, as I'm sure they are documented in one form or another. He married Gail, had two children and meandered into his career as a beloved writer.

By the time John moved to Ohio, his career had already started winding down. His book the Second Coming came out around that time, which was the last hardcover book he wrote. John sought me out because he'd joined one of the websites I ran—he wanted to find some new friends in the area. Other than family, he didn't have many connections here.

Over the course of time we became good friends. Sometimes we'd go out to dinner or lunch, other times just sit at his home or mine to talk or watch a movie. Although we talked about doing it often, we never did get to wander the woods together—as he was already in his seventies.

John loved to talk about philosophy and metaphysics and science. Then he'd start a conversation with you in Finnish—and he'd keep going even though you'd laugh and shake your head in incomprehension. He loved to study history and often fixated on obscure military campaigns that happened hundreds of years ago. Poetry was a passion of his.

Everybody who knew John loved him. I tagged along to a few of his science fiction conventions. Sometimes he was an official guest of honor. Other times, he was the unofficial guest of honor. I laughed many times to see young women crowd him out and cuddle up to him and listen as he sang songs (often in Finnish). His fans would shout gleefuly down hallways, “There's John Dalmas! There's Uncle Sven!” (I'm sure I asked him where he got the nickname Uncle Sven, but I've forgotten the story behind it.)

I was still in my twenties when I met John, and at the first convention I traveled with him, I was shocked at how much energy he had. It seemed that the fans and friends invigorated him with a second life. He could stay up into the late hours, sharing spirited drinks with spirited conversations and laughing. Listening to John and his old friends talk was always fun—but often a challenge. John had a quiet voice—very quiet. He told me it hadn't always been that way. But in a room full of talking people, you often had to lean forward and stare at his lips to tell what he was saying. Sometimes I saw others doing this, all the while smiling graciously at John—and I knew they didn't hear a single word but gave him the honor of holding their attention and gratitude.

After the conventions, John would come back home to an increasingly somber reality. His wife Gail died a few years after I met John. Then his health started to fail progressively. Over time he needed to have an oxygen machine—though he kept mobile even after that. He kept up with exercising all along. And he started having more senior moments—forgetting what he wanted to say. He knew he was getting old and time was limited.

But he kept on ticking. He talked proudly about his son and daughter and grandchildren. And even after the Second Coming, he continued to write. But he was definitely slowing down.

Then another convention would come and he was come back to life again. He would joke around and say things like, “Man, I feel like I'm only fifty again!”

I know John loved his fans. From the great overwhelming show of love at conventions was the lonely reality of his life at home. I once took John to a local bookstore. John wanted to see how many of his books were on the shelf. We found three when an employee approached us. John smiled while I pointed at the books and said, “This is John Dalmas.” The employee shrugged him off and went on her way. John didn't show any sign of being hurt, but I know I was offended.

But he never seemed to be offended by anything. And he never really let himself get down—even as his body regressed and his mind started to slip. Reading, writing, exercising and emailing people seemed to sustain him during the interludes of the conventions.

There is a lot more to say about John, but I'm going to wrap it up here. John was one of the best people I've ever known. His integrity of mind was surpassed only by his integrity of heart. His sense of wonder and creativity is something this world needs more of. John and I did not see eye-to-eye on the afterlife—but if his outlook is correct, then he's still got more work ahead of him; if not, then it's the duty of all his friends and fans to share a little bit of the warmth, compassion and openness that he shared with us. There are many ways to do that. Some ways that John did it was to smile, to hug and to share a bowl of ice cream with a friend as much as humanly possible. 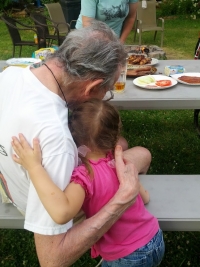 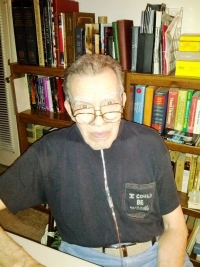 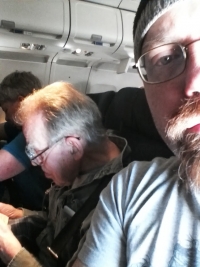