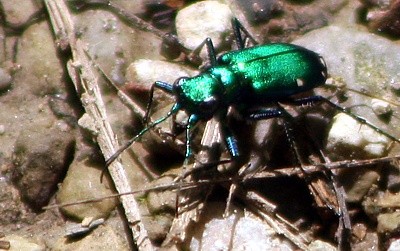 Over the years I have noticed that the most common insect I find while out is the beetle. It turns out there is a good reason for that—beetles account for roughly one-fifth of the 1.5 million species of life forms on Earth.

The common name of many beetles often includes the name "bug”. For example, we commonly refer to certain beetles as "ladybug”, "June bug” and "lightning bug” but none are bugs. All of these named insects are actually beetles, not bugs. Bugs are a form of insect that have a proboscis (and other distinguishable features—for example see some photos of the Ambush Bug—that your local entomologist can point out). One of the distinguishing trait of beetles is that they have two sets of wings—in inner set for flight and an outer pair of hard wings that serve as a protective shell.

As I am only an amateur, I can only identify a few of the beetles photographed here. Some of these photos are a few years old; most were photographed in Central Ohio.

Articles and photos regarding beetles. 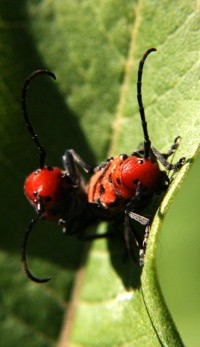 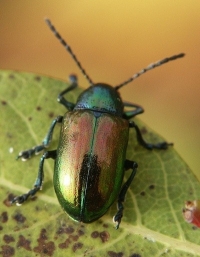 Photo of a large greenish beetle.

Photo of a large greenish beetle.

Photo of the face of a Japanese Beetle.

Photo of a beetle with blue stripes.

Photo of a Stag Beetle.