There is a lot to share in this newsletter. The first is the launch of GoodGuest—a new website I developed for keeping guestbooks clean. I had already developed the functions for the site for other sites, but turned it into its own stand-alone system after getting numerous requests for help on protecting guestbooks. After the final request for a questbook honoring a fallen soldier who died in Iraq named JP Blecksmith, I decided to go ahead and build a free system.

In other news, some gaming friends and I are going to launch a website devoted to Counter-Strike maps. There are already several good sites out there… but I feel that all lack key features such as logical navigation and searching. The new site, which I hope to launch in May, 2006, will contain map downloads, tutorials and other resources. Preview the project at www.counter-strike-maps.net.

For interest of anyone close to me is the fact that my son just got his website up and running (www.ethanolson.net). He’s still young and learning the trade; his interest is much less in the web design than the photos, art and silliness. In fact, he has yet to load any of his artwork. All he has up so far are a few embarrassing photos of my family. Functionally, his site is a clone of mine with new colors and his leadership.

He will get a lot of good practice with his camera in the upcoming weeks because the boys and I are traveling out to Arizona to visit with my longtime friend Rich Boucher. We expect to get a large stock of amazing photos. Of course all readers here will see mine; I expect Ethan will post many on his site.

Look forward to seeing his work blossom over the coming years.

Finally, I forgot to give a shout out in my last newsletter to Andrew Penry, a friend and partner in crime. Andrew renovated the menu system on the Artistic Network last month to be more pleasing and efficient.Well that is all for now. Look forward to new cartoons in the coming weeks along with new Counter-Strike maps, wildlife photos and a philosophical essay on education in the 21st Century.

Photo of my friend Tom Cline at one of Noise Acution's final shows. 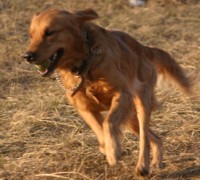 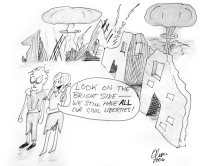