I’ve been trying to get my Dad to use a computer for years. He grew up as a rancher in the prairies of western North Dakota… and computers have always been to him what igloos are to tropical islanders—a complete waste of time.

Well I decided to shove Dad into the computer age this week. Throwing together a bunch of spare computer parts, I built him a system and installed some art software. He was skeptical at first (not to mention afraid of breaking it). But in the matter of a day, Dad had already been won over.

Within the first few days he produced a few digital pieces of wildlife art that longtime computer users would probably be hard-pressed to produce! I am proud of what he has done so far. It just goes to show that you really can teach an old dog new tricks—or at least new ways to do old tricks.

In other news, I just launched a new silly subdomain on the site called the Oracle of Wisdom. The results don’t correlate to actual questions, but is intended to produce humorous and/or thoughtful responses.

That’s it for this issue. I hope everyone has a safe and productive week. 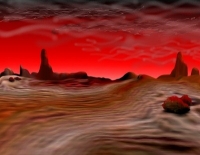 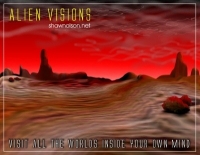