Welcome everyone to an odd and wondrous place called my "inner visions". (At least that's what the doctor tells me it's called.)

I don't have much to say except that I kinda dig myths - especially those that involve animal and humans put together. Such examples include Ancient Egyptian Gods, werewolves and their ilk.

I'm also a HUGE H.P. Lovecraft fan and gamer nerd, so that tends to come across through my art as well.

I guess from here on in, I'll let the art do the talking. Enjoy! 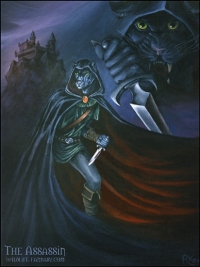 A deadly panther-man assassin stalks his next victim. Acrylics. Copyright 2004 by Rebecca Kemp. 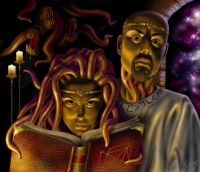 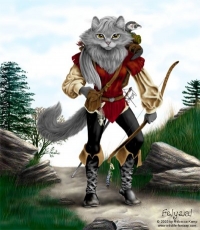 A catgirl and her ferret companion out on an adventure. Digitally rendered. Copyright 2004 by Rebecca Kemp. 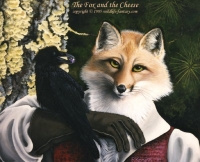 The Fox and the Cheese. 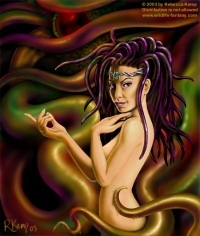 Titled "Come Up and Seize Me Sometime". :-) Digitally rendered. Copyright 2004 by Rebecca Kemp. 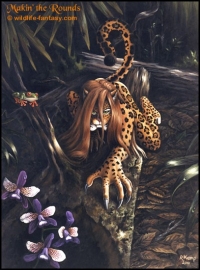