Aaron from Liquid 6teen was gracious enough to drive me out to their show at the Crown in London, Ohio on May 29, 2004. I think the Crown was filled beyond capacity, so I guess it was only fitting that a few of the not-so-welcome trouble-makers were "escorted" out of the establishment by Aaron, Tommy (Noise Auction) and others. By all accounts, the couple idiots that started the fight ended leaving with faces reminiscent of Oreo cookies. I wouldn't know, myself, as I indulged a far corner and nursed a Jack-n-Coke.

2011-11-05 This was a show I will remember for a long time--not because of the fight mentioned above--but because of a little photo-op story. After the show, a couple female fans approached Aaron Benner and myself. They wanted to get a picture with Aaron. They asked me to take a photo with their camera.

I obliged, but it was a moment of embarassment. I couldn't figure out how to use the camera. Here I was, holding a few thousand dollars of camera equipment, and I couldn't figure out how to shoot with a disposable camera. One of the girls came over to show me--you have to wind the film first. Oh... yeah! It had been several years since I'd used film--and even then I'd had cameras that do the winding automatically. 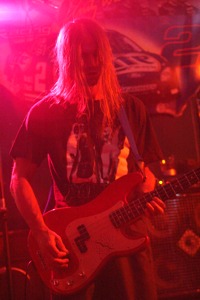 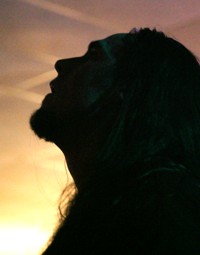 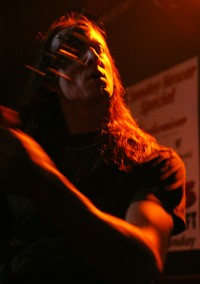 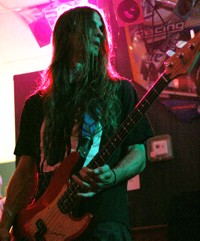 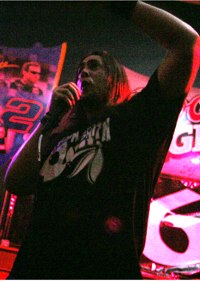 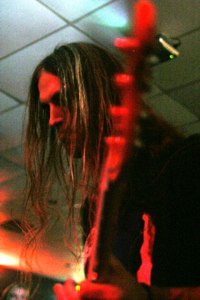 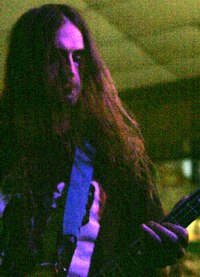 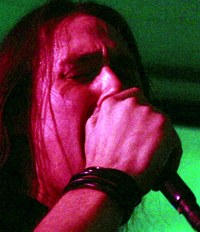 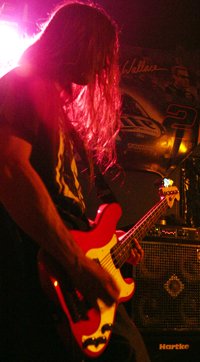 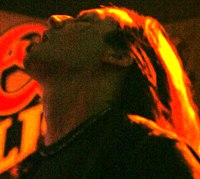