The loving neighborhood – For Residents Only 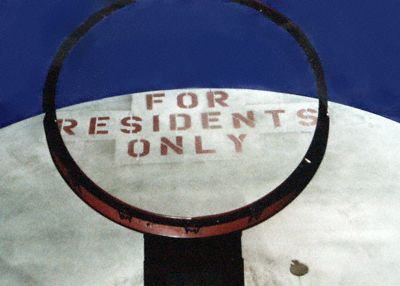 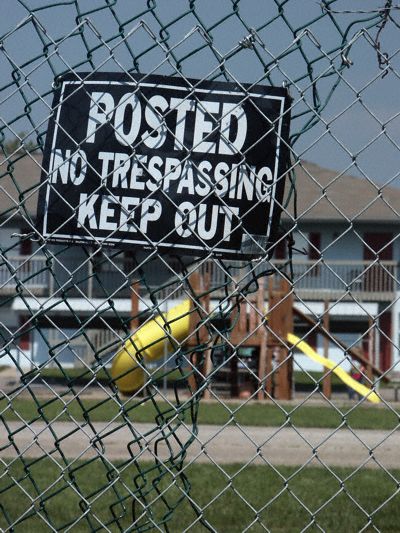 I've lived in my neighborhood for almost twenty years. I grew up here. Most of my memories are wrapped up here. My children are now growing up here… and the streets are changing in ways that often disturb me.

Many years ago there was an open field north of my home. That field was turned into another apartment community. As a kid, that change bothered me immensely. But in time I learned to appreciate the new neighbors.

As I grew older my friends and I learned to love basketball. Sometimes we played at the basketball court in our own apartment complex. Sometimes we played in the newer community. The basketball players from both communities played together. We needed each other, really… the added pool of players increased the quality of the sport in our area. Friendly competition, instead of dividing the youth, fostered friendships.

But there were others in the community who did not like this. Too many kids were playing ball near their homes. So complaints were filed, and signs went up. "For residents only" they said. We were not to play there, and they were not to play here.

Of course we never paid attention to those signs. All we cared about was playing basketball. And for a time, everything remained well for us—until the never-to-be-satisfied residents complained more.

Cops started coming in to enforce the rules. "I'm sorry," said the officers, "but you guys can’t play here anymore."

"But they're with us," defended the residents of the community.

Shaking his head, a cop would apologize and say that he had orders to send out non-residents.

We'd come home for a bit until the coast was clear, then go back to play some more.

The never-to-be-satisfied residents complained more. Fences went up. And we kept playing.

So the new basketball court came down. It's been down for a few years now.

We still had our court, for a while. The neighbor kids came over here to play with us. But more of the never-to-be-satisfied residents complained. Too many kids playing sports near their homes. Send the kids somewhere else.

So a fence went up around this court too. And, finally, the never-to-be-satisfied residents had their way—our basketball court was taken down as well.

Letters went out, saying that parents can send their kids to a crowded park half a mile away from home to play basketball. The basketball court turned into a locked-up, never-to-be-used tennis court.

Now our kids run around the neighborhood with fewer options than before—always yelled at by adults who want them "elsewhere" doing "something else".

Recently I stepped outside to play some football with my boys. The neighborhood park was occupied by teenagers, so I started a game with the kids in the grassy area beside my home. Now I know the official rules of the area are that kids are not allowed to play sports in the lawns… so maybe I was in the wrong. But most of us in the community feel it's our right to play with our kids and let them enjoy sports.

It wasn't long until another never-to-be-satisfied resident came out to yell at the kids. "Go off," he yelled. "You know you’re not supposed to be playing out here."

Offended and scared from my tone, the old man said, "There's a field they can play at down there."

"Look down there," I said. "Do you see a place for these kids to play?"

He didn't bother to look and repeated that it was against the rules for the kids to play behind his home. While he turned away to hide back in his gate and probably call the management to complain, I shouted, "And I suppose your father never played ball with you in your yard when you were a kid?"

He just laughed sarcastically, but admitted that his father had played ball with him as a kid in his yard.

I could not withhold my rage. "So it's wrong for a parent to play ball with his kids now just because people like you can never be satisfied."

He shut his door, grumbling all the while. I disbanded the kids and told them that they couldn't play ball today because there was no place to play around here—that our "friendly" neighbors can't be happy if kids are in their neighborhood.

I've seen advertisements in papers for communities that are "pet friendly" but I'm beginning to wonder if any of them are "kid friendly". Crime rates rise, and kids are viewed as menaces. Managers and homeowners and residents in all communities seem to hate the social problems growing in our society, but instead of tackling the problems—largely rooted in children without constructive energetic outlets—communities foster neighborhood decay and division. The prevailing attitude is to push all the problems into someone else's backyard.

It Takes A Village