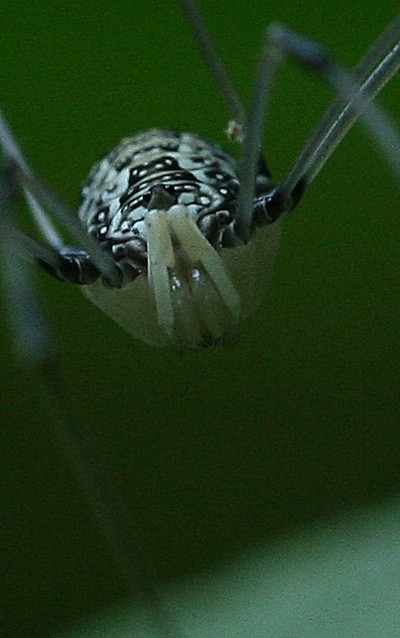 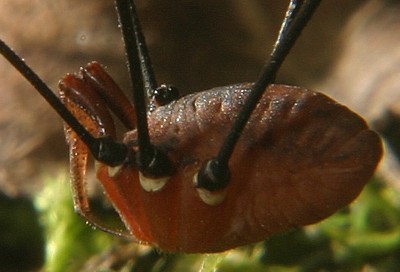 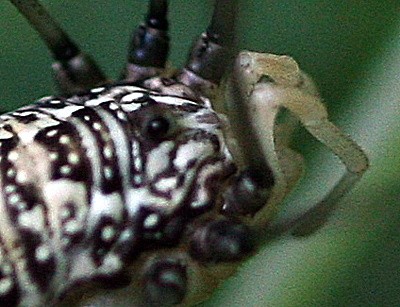 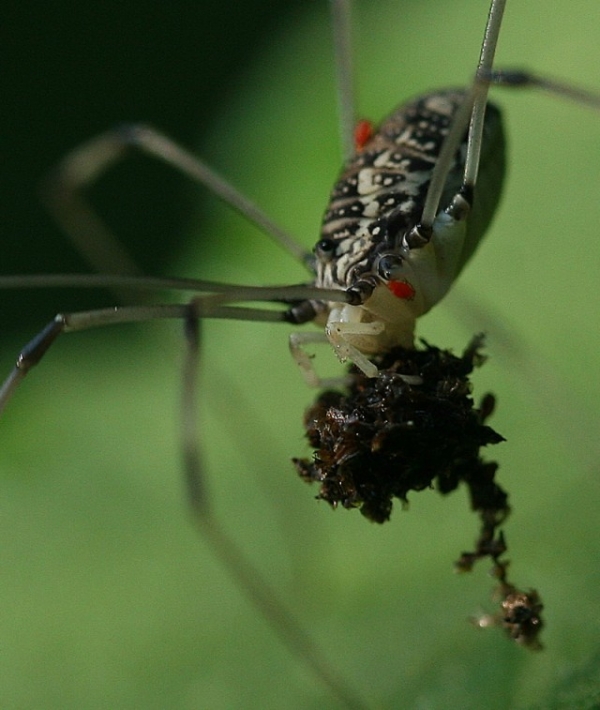 The creature that I have always called a Daddy Long Leg Spider is, in fact, not even a spider. It is a relative of the spider called the Harvestman. Harvestmen are arachnids like spiders, but instead belong to the Dromopoda sub class and the Opiliones order. Harvestmen body segments are hard to distinguish and often appear as a single segment (whereas in spiders you can tell where one segment ends and another begins), have only one pair of eyes and, contrary to popular myth, are not venomous.

These are some photos of havestmen taken at Darby Park in central Ohio.

Also, there is another type of spider that is called a Daddy Long Legs that is a spider. 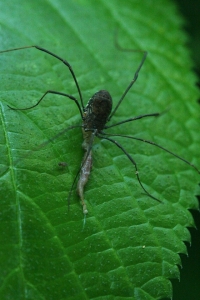 Photo of a Harvestman, also called a Daddy Longleg Spider. This harvestman is eating something.

A Harvestman in moss.