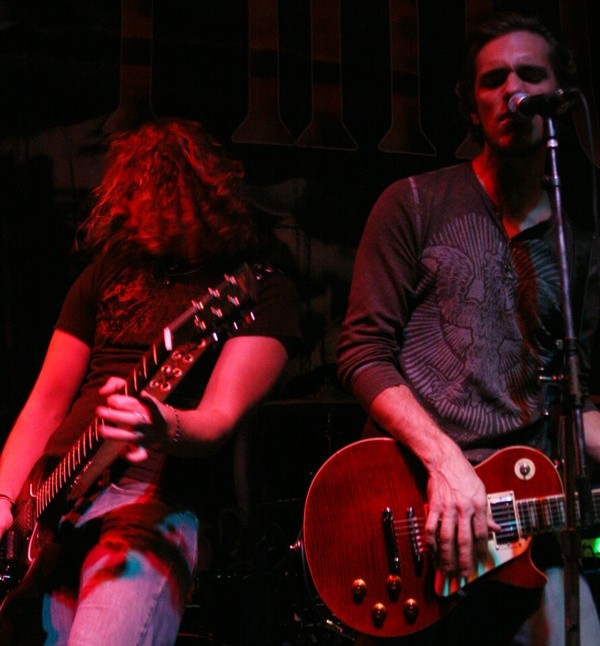 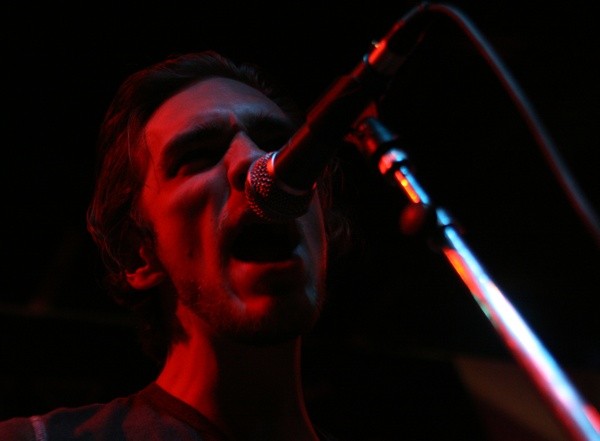 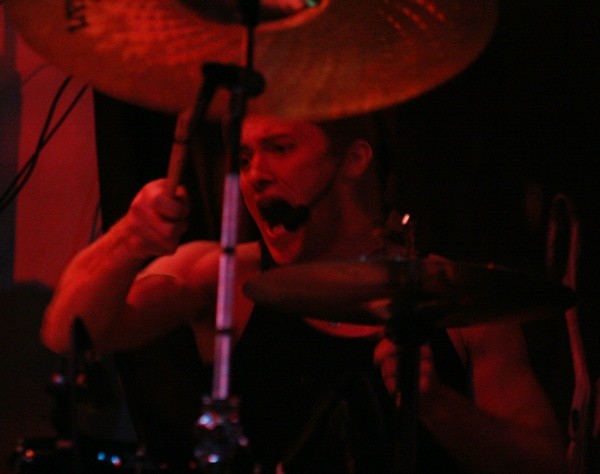 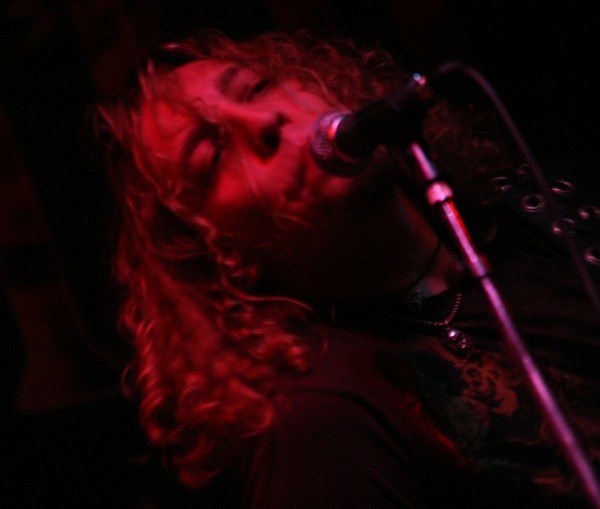 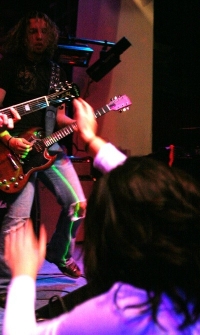 Bullet Jones is a fun new band in Columbus. I had the opportunity to hear them at practice a few months back when Mat Marcum invited me out. I enjoyed their music, especially a song called the Ballad of Bullet Jones. I finally saw them out on December 1 when they finished up the Philo CD Release Party at Skully's Music Diner.

Mat has been a friend since the Cringe days. I am happy to see him back on the music scene. And I am glad that he got in with a group of guys that seem to have fun playing music. I started off the show walking out to the Skully's parking lot to see that Bullet Jones is ready to help resuscitate the Columbus music scene—they came to the show in the Jambulance, an ambulance converted into a tour bus.

Bullet Jones is composed of Ryan Cox (vocals), Mat Marcum (drums), Zombie Lee (guitars) and Dirty John (bass). Learn more about them and listen to some of their songs at myspace.com/bulletjones.

John on bass for Bullet Jones. 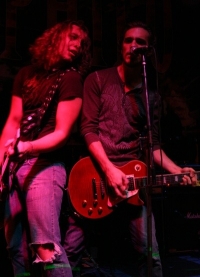 Lee and Ryan of Bullet Jones.

John and Ryan of Bullet Jones inside the Jambulance.

Mat Marcum standing beside the Jambulance.