Reflections on the precariousness of life

We were driving down the freeway on our way home from a family fishing trip. We hadn’t caught any fish and the kids were getting cranky. One of the kids was whining about another kid touching her—anyone with kids knows the scenario. I was getting ready to tell them to shut up and behave when I noticed two dark objects flying down at the windshield at a high velocity.

THUMP! One of the two objects collided into the glass with a disgusting thud. Two pigeons had swooped down from their roosts under a bridge. For one it was a fatal decision in life.

In the rear-view mirror I saw its body tumble heavily onto concrete. It flopped a couple futile times before another vehicle permanently stole life from the creature.

The shock of the impact took all of us by surprise. The kids didn’t understand what had happened until I told them it was a pigeon. The boys chattered and even laughed. The oldest girl—who had only moments ago been obsessively worried about the proximity of her sibling—broke into tears. She was devastated that the pigeon had lost its life.

I tried to temper the boys’ exuberance and the girl’s sadness… but I probably failed at both.

I looked up and noticed that the impact had been so strong as to leave an imprint of the pigeon’s fateful crash. Dust and oil from its feathers had left a mark of the incident, leaving an outline of individual feathers outstretched at the moment of contact. When I noticed the remnant, I suddenly thought of dinosaurs and ancient wars and the future of humanity. 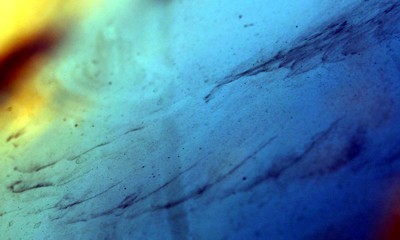 My thoughts did not go long before another chance incident drew my mind away from contemplation. The car began vibrating roughly, and the heavy grating of a blown tire filled our ears. We pulled over and changed a tire. 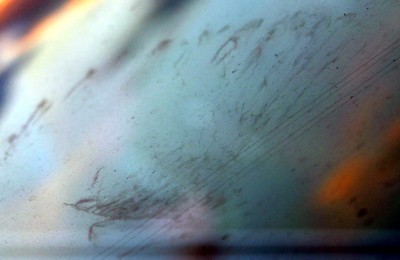 As I set up the jack, I looked back at oncoming traffic and realized that at any moment a motorist could be distracted by any number of things… a cell phone might ring, a child might cry, a commercial might come on; a moment of intoxication might impede competent control; fatigue could render someone unconscious… Any one of these events could happen… and if it happened right now and they swerved just a few feet off the road… I could end up just like the pigeon.

Again I started to think about death. 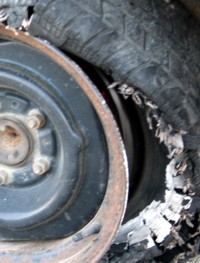 We fixed the tire and continued home. I remembered Mom a little during the rest of the drive. The anniversary of her death had passed four days before. Sadness and acceptance shook hands for a moment in my mind. We all come to death in the end.

Life is precarious and there are no guarantees. I thought about the tragic connections that easily hide themselves from normal thought. The pigeon’s death had been a shocking experience for us… but what about the worms we had tortured with hook to catch fish—fish that we might kill and cut up to eat.

Later I walked through the supermarket and took notice of the meat section. I had never stopped to think how many creatures had died to fill these shelves.

The tragedy affected me on one level… but then I went home and ate some of that meat. It’s our world and it’s not going to change. We have the right to eat meat just like the lions of Africa. But still… there is something about this death that feels like it’s not fair. Maybe our society has lessened the value of meat—of life itself—by removing death from everyday life. A lion kills its own meal… we buy it in plastic wrap.

There are many struggles that we face in our lives. There are also many normal struggles that the average American does not face. Among those is the struggle for survival. Our society has destroyed that struggle from many of our lives… most of us have been born into this world of ease and luxury and insulation that the fight for life is an abstraction rather than a blatant reality.

The effect of this removal from subsistence has more blessings than curses; it affords us time and opportunity to contemplate ideas and questions that seem irrelevant when you are obsessively searching for ways to stay alive; we can wonder what the meanings of life are, the value of life, and ways to making a lasting moral impact on the world around us—impressions that will meaningfully outlast our mortal beings.

But there is a downside, I think. The downside is that we become arrogant—we feel that we are somehow better than the animals below us or the poorer humans in less fortunate countries. But the reality is that a subsistence lifestyle is not really that far away as we fool ourselves into thinking.

World war is not unfathomable. Diseases and famine are part of our world. With all the conflicting cells of warring ideological nuts with access to powerful weapons… horrible things could happen to this world on a mass scale. It wouldn’t take a stretch of the imagination to realize that our world could be sent back into a pre-technological stage due to human stupidity.

If a world-changing catastrophe happens—either from the hands of men or nature—it will be for most of us quite similar to the impact of the pigeon. We’ll be living out our days as usual, going to work and sending kids off to school; buying groceries and paying bills; watching movies and sending emails; having dinner and making love; smiling, laughing, crying…

And dreaming about the future.

Then we’ll look up and see a flash and large cloud rising from our hometowns; we’ll see a fireball burning across the sky and feel the world shake; we’ll look down and see a few red bumps spreading across our hands.

Our futures will change. Or disappear.

Our minds won’t let us take these thoughts seriously. Hopefully we won’t have to. But even if they never occur… the reality of life and death remains. Our world is precarious; the rights we insist on in America are rights on paper and in our minds, but they really don’t exist. There is no natural right to life because nature ignores it. The right for liberty only exists because we force its existence—the moment we weary of upholding it, it slips away. And the right to pursue happiness exists simply because of the fortunes we have to sustain our cushion from the struggles of historic reality.

Those rights could easily disappear into history. Or worse. 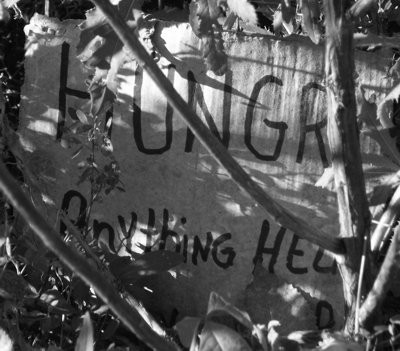