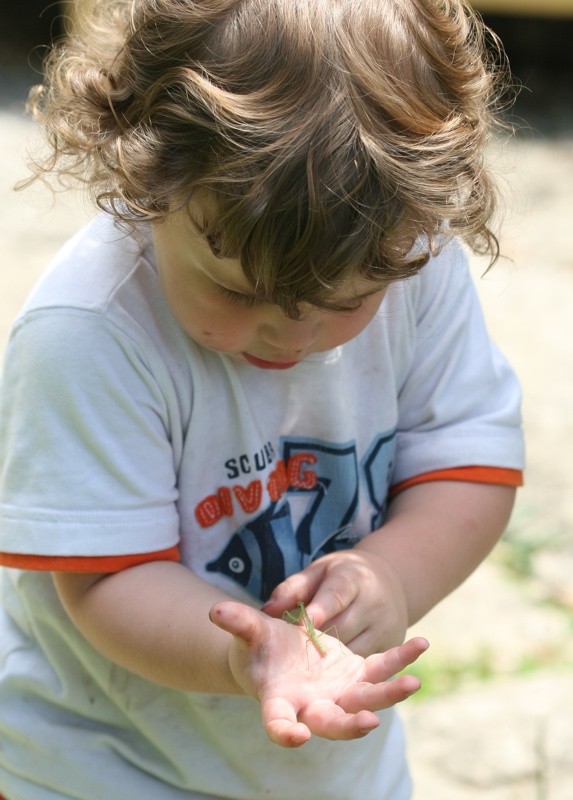 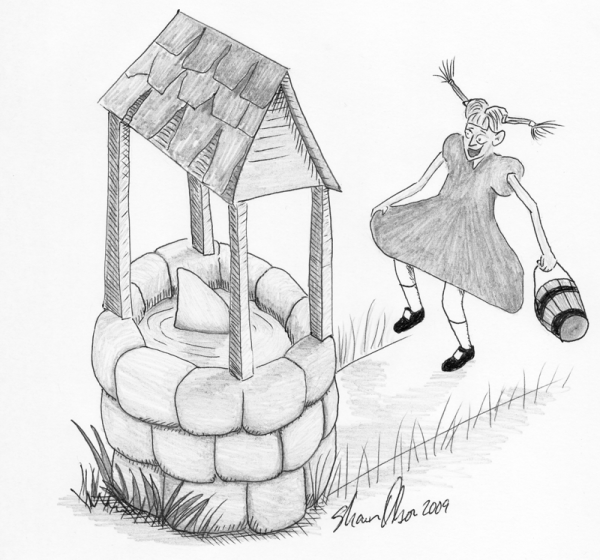 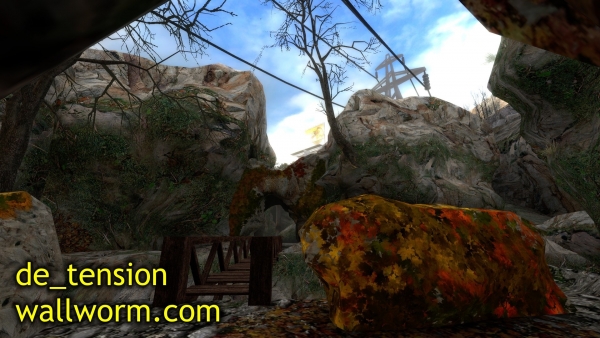 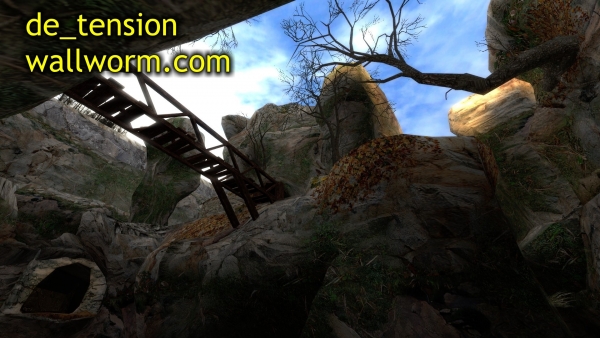 I've been diversely creative since the last newsletter. Some kind of funk had my creative output diminished for quite some time... but over the course of 2009 I have progressively found myself picking up the pace. Recently I started drawing a little again leading to a new maze and cartoon. I've also nearly completed a new CS Source map, which has been a very long journey of learning new 3D design tools and techniques and other technologies.

And, I have even made a new Facebook page. A client had a question I couldn't answer regarding Facebook, so I went ahead and signed up. I'm not a natural with social networking... mostly I see it as a sinkhole of time. I've learned somewhere along the line that no matter how cool I think I am (and no matter how cool I think my activities are), I'm not as cool in everyone else's eyes as in my own. While I do share my ideas and activities on my site (and newsletters), my assumption is that anyone actively coming here or subscribing to this newsletter has some interest in what I do. However, I assume that most of the things posted onto social networking sites is doomed to obscurity because everyone is going to become immune to all the "I went to a concert last night and it rawked!” and "Another rainy day, what shall I do?”

That being said, I do think Facebook is a little neater than its predecessors (like MySpace). I even got my Dad onto it... and he found some of his old friends from North Dakota. So it can be used in a positive manner in some way.

But using it as a way to drive traffic (as many people do), I am still skeptical. For those of you who run business websites and want to increase traffic, this may be of interest to you. I have been posting a few links from Facebook to my site on occasion to gauge the amount of traffic it brings. Admittedly, my group of "friends” is not colossal (and is limited to people I actually know in real life), so the net of potential fish to catch is not going to be as extensive as those who actively grow their friends list on Facebook. Still, here is a bit of perspective.

From June 1 to November 18, Facebook has sent me 221 visitors according to Google Analytics. In that same time Google alone sent me 170,000 visitors. Granted, the number of visitors that Facebook sends my way could probably go up if I were to actively use Facebook to get new "friends”. The point, though, is that would require a lot of time and effort; on the flip side, search engines are already sending massively larger amounts of traffic and I am doing nothing "extra” to get that traffic.

I wrote a similar commentary regarding MySpace a few years back. What I am trying to point out is that the people who run social networking sites have an invested interest in inflating the value of their sites (in terms of services to businesses). Social networking sites can be fun... but they can also be a source for wasted time, effort and money if you are a business with the intent to use them to drive traffic your way. The goal of social networking sites is to get you (and everyone else) to their sign-up page; they have no real motivation to send anyone to any other website (unless there is a catch—like "Add this Facebook Gadget to Your Site”).

Both sites include a couple new approaches that I have taken in the last year. After prodding from co-worker Andrew Penry, I finally stopped assuming that I should build all functions from scratch. In these cases, I have started using a JavaScript framework called Prototype and its extension Script.aculo.us. Doing this has helped speed the development of complex applications and even counter-acts another direction I have been taking over the last couple of years, which is to use Flash in projects more and more. In some circumstances, Flash is not needed because various visual tasks can be completed just as easily using these frameworks. In both Jan & Tony's Pizza and Bright Stage, I used a simple function from Script.aculo.us to make the fading and rotating images. The effect looks like it's done in Flash... but it is a simple JavaScript.

Some of the other sites that I've worked on lately include Corbin Law of Lancaster. I have also done some work for RattlingAroundInMyHead.com where you can find some of the latest ramblings of talented humor columnist Lee Ann Lewis.

That's it for now. If you get a chance, try your patience with my latest maze. I pride myself in making extremely challenging mazes. Also, if you are a gamer, browse the screen shots of my newest map. I'll probably have the final compile of de_tension done in the next week—at which time I will create a download for it. For now you will have to settle for screen shots.