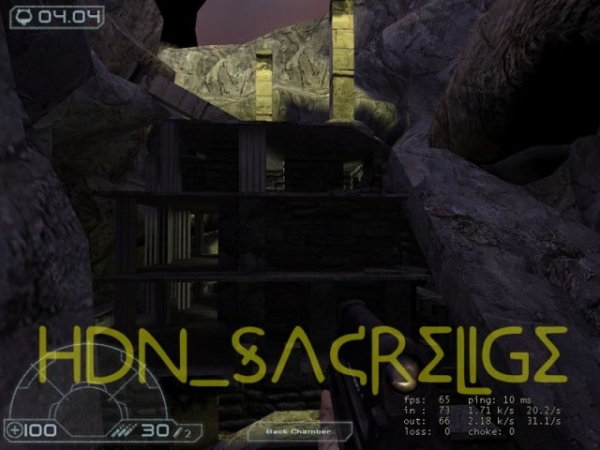 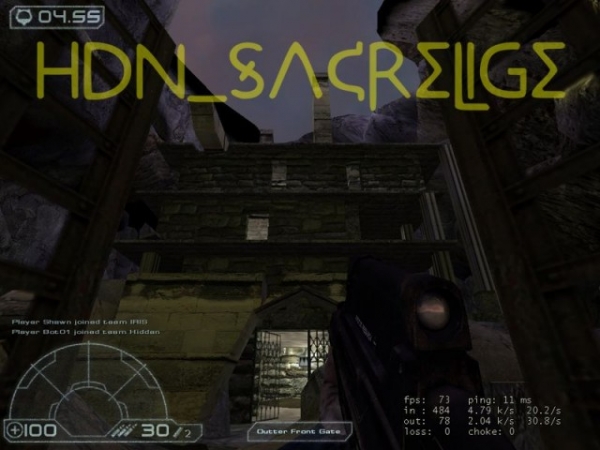 I got into Hidden:Source some time back and always wanted to make a map for the game. I finally decided to dip into Source mapping by converting my most popular Counter-Strike 1.6 map de_sacrelige into a Hidden map. Here are screenshots and a download file for the Beta 4 version of hdn_sacrelige which we have been testing on the Wall Worm server.

I still have a lot of things to add and tweak, so the final map probably won’t be finished for weeks or months. Currently known problems or items that need to be addressed are:

My intent on this map was to take Sacrelige and make it as spooky as possible. I will have my brother create some haunting music for the map. The Beta 4 version addresses some of the issues highlighted above... but it may be some time before I get around to finishing the map. I bought 3D Studio... which means that future versions will have some custom models.

I have a thread running about this map in the Hidden Forums. Please feel free to make comments about the map there.

Note: The name of the map is mis-spelled. The proper name ought to be "Sacrilege". Unfortunately, I named the original CS map "Sacrelige" because the word seemed more rooted in the world "Religion" than it actually is. I may or may not end up changing the name to reflect the proper spelling.

Information about one of my favorite games...Hidden:Source.

Hidden is getting popular again...

I hope so... it's an awesome game. There are a few gameplay issues I'd like to see addressed (like incentives for IRIS to stay on the move rather than camp)...

I will be re-releasing this map in a completely new flavor sometime this year. I've learned a lot since this release... and I sometimes forget that it even existed :) 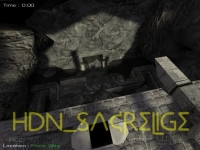 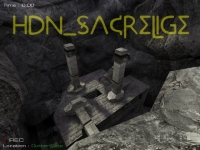