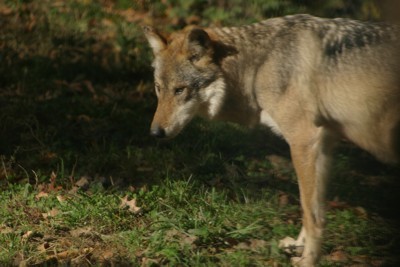 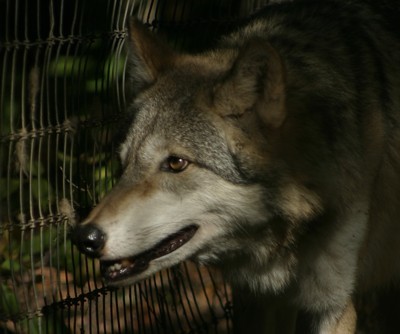 Living in Central Ohio, I sometimes get to hear Coyotes barking in the evenings. But the first time I heard a wolf howl was at the Columbus Zoo. There was this eerie noise that I could not identify. But as we got nearer to the wolf exhibit, I knew what it was. I was excited to see the wolves in a pack howling melodically. No wonder our ancient ancestors domesticated this beautiful creature.

It's funny that wolves has such a stigma in our society. According to Wild Dogs by Erwin Bauer, there has not been a single documented case of a wolf attacking a human in North America since Europeans have been settling the Americas! I believe I heard a similar fact on a National Geographic episode recounting a death in Alaska that had signs of wolves at the death, but the general verdict was that the man was killed by a bear and the wolves had scavanged.

Of course, the wolf is a predator and obviously dangerous depending on circumstances.

Actually, the list of non-lethal attacks is endless. There is a Swedish web site called www.vargfakta.se which has listed every single case. T R Mader, John Richardson, Brett L Walker, Valerius Geist, John James Audubon, Elizabeth Scholl, Peter Kalm, Will N Graves and Marc E McNay, to mention a few americans, have described some of them in separate books and reports.

Thanks for the post and info. It prompted me to re-read the book where I originally read about the lack of documented human fatalities from wolves. I'll certainly look into the topic again.

Actually there have been a couple of serious attacks recently. In one, the victim was killed:

In the other, the jogger was locked in hand to mouth combat with a wolf, when a mini-bus full of off shift oil workers came along the road, and thejumped out and fought the wolf off.

Sorry it took me three years to respond. Yes, the wolf is a predator and I'm certain it has killed humans multiple times. My comment about documented wolf attacks was based off a book by experts on wild canines; they wrote that wolves have killed people but that since the time of Europeans settling America, no credible fatalities at the hands of wolves have been documented.

Of course, the author's definition of "credible" may not be the same as the next. I'm certainly no expert on this issue.

A couple wolves in the leaves. 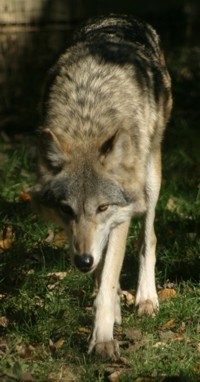 Wolf trotting along its path.

Wolf trotting around its cage. 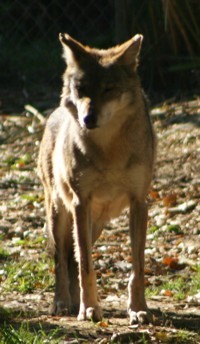 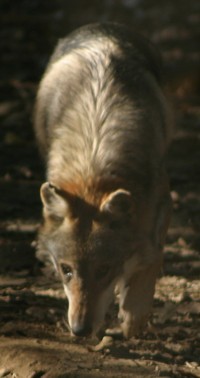 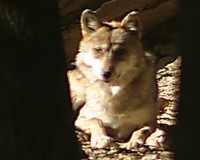 This wolf reminded me of my pal Dewey.

A wolf sitting in leaves.

Wolf gazing out of its cage lazily.