Astrology As I See It 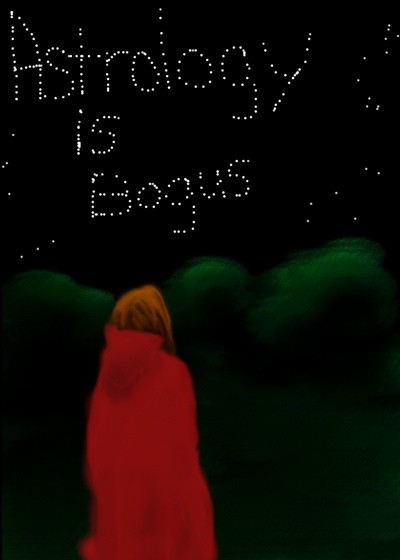 Astrology has been around longer than many religions. I’m sure that some of its roots were actually essential to human survival in prehistoric times—humans probably looked to the stars as a way to plan crops and migrations. Originally, connections between heavenly cycles and earthly seasons turned into associations that became sacred in early societies.

Seafarers also looked to the heavens to guide their trips across distant spans of seas.

So in some way you could give a case to the idea that the stars have influenced the course of humanity. Furthermore, the atoms inside everything on our planet—the atoms composing the molecules of your brain and heart—originated in the bowels of long-extinct stars. And the termination of the dinosaurs (and likely older biological eras) was very likely a direct result of impacts from massive celestial debris.

Our history and fate are bound in many ways with the heavens. So it’s understandable that many people look to the heavens for guidance in their lives.

Some of the rationale behind astrological advice is so warped that it’s amazing that so many people fail to see the inconsistencies in it. But the viability of astrology remains strong in many circles of humanity even when its scientific grandchild astronomy has supplanted it in all intellectual fields. The reason is a mixture of inherent human yearnings for mystical insight and a long tradition of astrology in human cultures.

If astrology and its bedfellow the horoscope offered real insight into wise decisions, it would mean that people born on the same night in the same hospitals would essentially have the same courses in life; that their horoscopes should be identical. If the alignment of the stars really influenced the outcome of personal lives, then people born on the same night should share essentially the same course in life. But that just doesn’t happen on personal levels.

There are cultural correlations between times of birth and dispositions in humans; you could say that European Jews born late in the 19th Century and early in the 20th Century were born into a time of hardship and depression. But there is little reason to say the correlation was a cause of the alignment of any celestial structure during those times. The cause of the disposition of the Jews during that period was the economic struggles of nations mixed with growing anti-Semitism backed by state policy. The hardships of Jewish lives was a direct result of local conditions in specific regions of Earth.

If Mars has anything to do with war on Earth, or Venus to do with love, it is only in the metaphorical sense. While the gravity that all elements of matter exert on one another have an effect on things around them—even distant things—they are all so minute and so distant and so mindless and so complex that their net effect is both infinitesimal and meaningless.

For example, if the molecules in your brain are tugged a millionth of an inch to the west because of Mars, they are also being tugged a millionth of an inch another way by other bodies from another direction. And even if the effect if such gravitational tugs were to have some kind of effect on us, they would effect us all equally and should therefore have a similar effect on us all—but it seems that on some nights some of us are lucky and others not; on some nights, some of us live when others die.

If the stars were influencing our lives then we would be better off studying celestial cycles rather than practicing our trades—but as any successful person knows, success comes largely to hard work. Leaving your fate to the stars is unlikely to make you successful. The only success that the stars bring is to the pockets of charlatans who still prey on the naivety of many corners in society.

Essays on my belief systems.