Birds and Other Denizens of the Outer Banks

We've been visiting the Outer Banks, North Carolina, annually for a few years. Each year I take some random photos, but this year I had occassion to photograph several amusing birds and other wildlife in action.

While photographing this osprey on a pole, I didn't notice the fish it was carrying until it took flight. 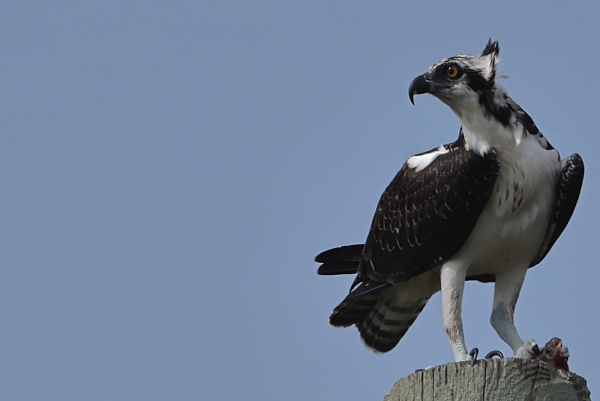 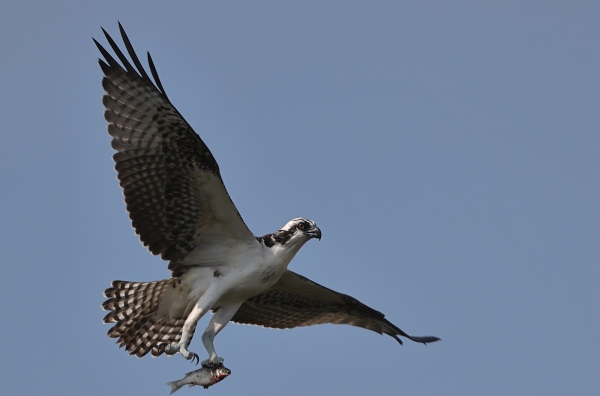 I see the Cooper's Hawk daily, but was again surprised to find them along the beaches. I generally think of them as bird-hunting hawks, but we found this juvenile who fed off a rabbit kill near our beach house for a few days. 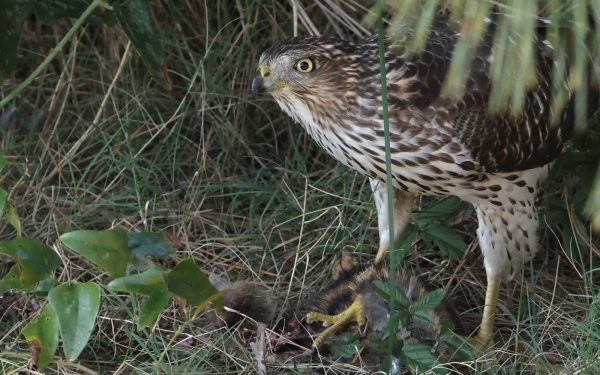 We have grackles in Ohio, but I didn't ever think of them as shorebirds. This year I noticed they are pretty common in the Outer Banks. Here is one that was picking up morning scraps along the beach. I loved watching him prance around in the waves and high winds. 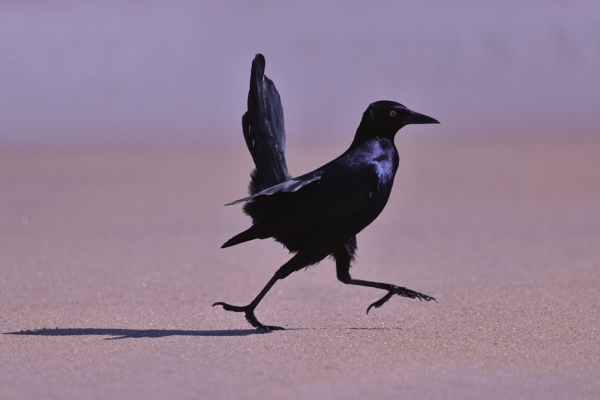 I'm always surprised by the size of pelicans when I get close to them. They have this presence that seems archaic. Pelicans often make me think of pteradactyls.

Gulls and Other Water Birds

Below are miscellaneous gulls and water birds going about their business on the beach and ocean. 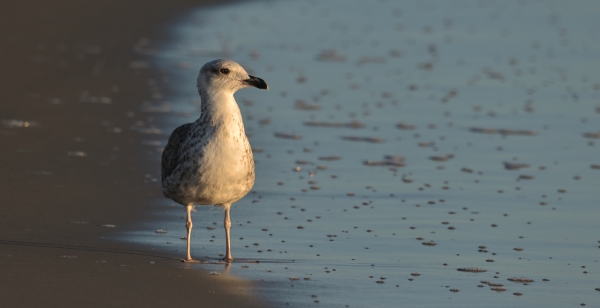 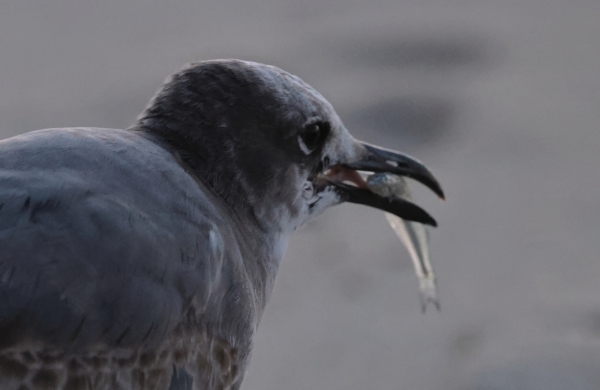 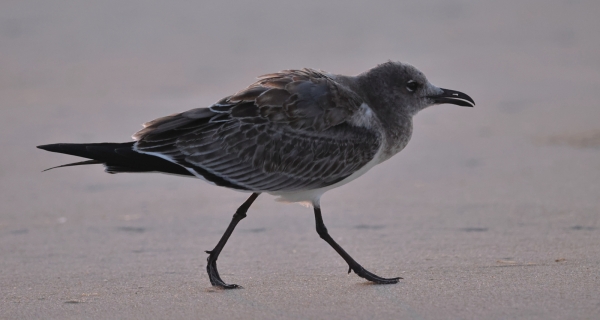 I had never seen the American Oyster Catcher before this trip. We found several during a long walk along the beach. They never let me get too close, always keeping forty yards between us. Several were tagged.

Cormorants are fun birds that often dive underwater for fish, swimming long distances before popping up unexpectedly in a different place. The one taking flight was spooked by a couple dolphins (further down the page) that got too close. The other one had a broken wing, looking out at the ocean. 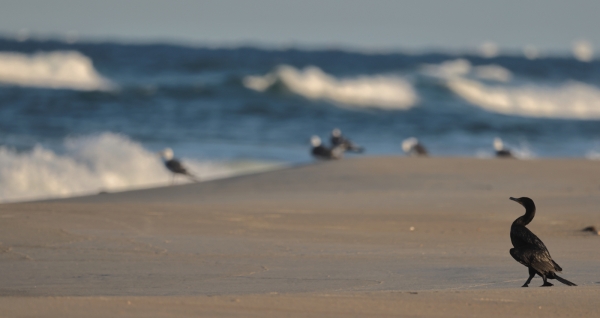 I saw many great egrets (or possibly Great White herons). I couldn't get close enough to be sure, but I think they were egrets. 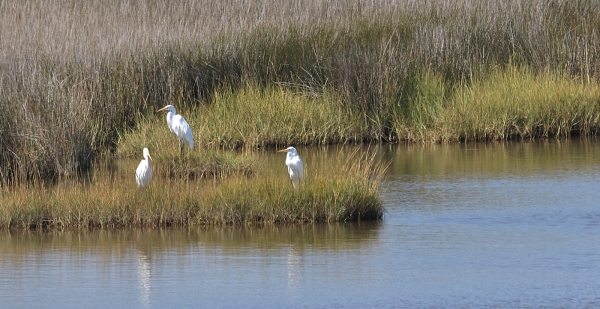 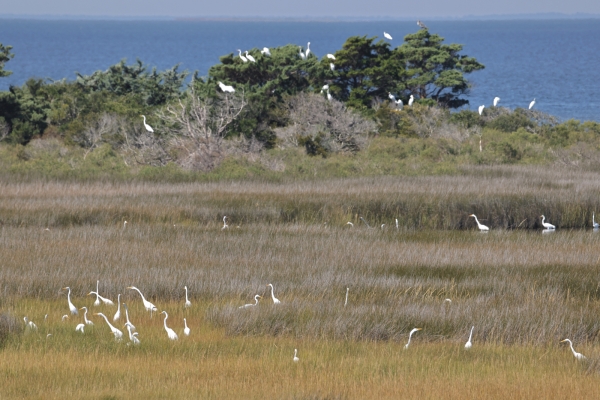 There were plenty of other birds I saw, including great blue herons, terns and the ever-present mockingbird, among others.

Hanging out with all the waterfowl in the marshes were tons of turtles. I saw sliders and common snapping turtles. This snapper was fairly large, and I suspect he has probably made lunch of the chicks that hatch in the marshes. 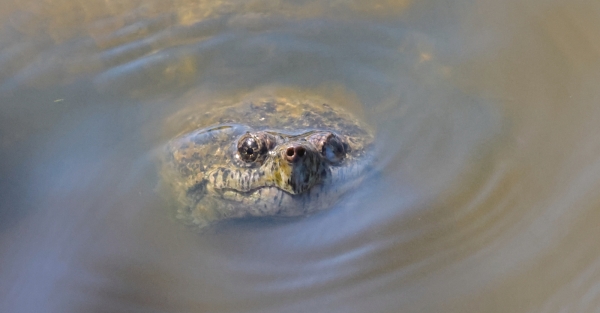 We saw quite a few dolphins. The sunrise photo of a dolphin fin breaching was not the photo that I had hoped to share, as a few minutes before this shot I captured one jumping completely out of the water, but it didn't get in focus. 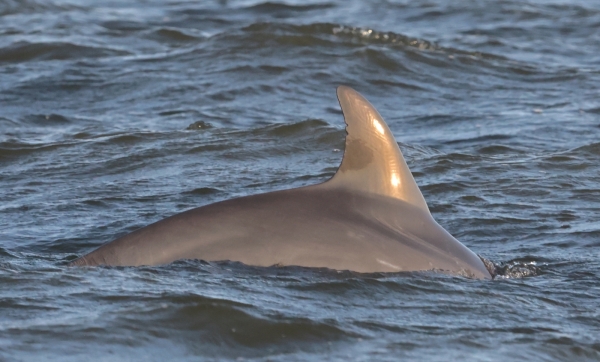 We also went on a dolphin watch tour where we got to within a few dozen yards of the marine mammals in the sound. It was fun to see the animals. It was also more challenging to photograph than I expected as you can never be sure where they are going to pop up--so getting a shot of their faces was very hard. By the time I focused on one breaching, its face was already going back into the water. This crowd also did not do any jumping, and mainly kept their snouts under water. Still, it was fun to watch them.

During our dolphin tour we saw several odd objects out in the middle of the water. I learned these were bird blinds for hunters. I never really expected people to hunt ducks so far from shore.

I did expect, however, to find people fishing along the beach. I still haven't done any fishing in the Outer Banks, but I expect to get to it sometime.

Oyster Farms serve as a buffet for local restaurants and apparantly a place for birds to hang out and get their own food. 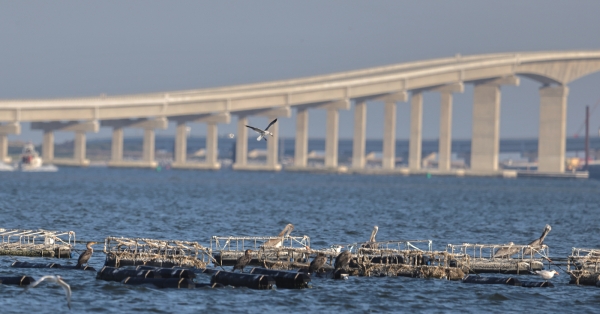 One critter that the birds enjoy aside from fish is crab. This one was prepping to go back in his hole and hide just after sunrise. Generally they hide during the day, waiting for the next sunset. 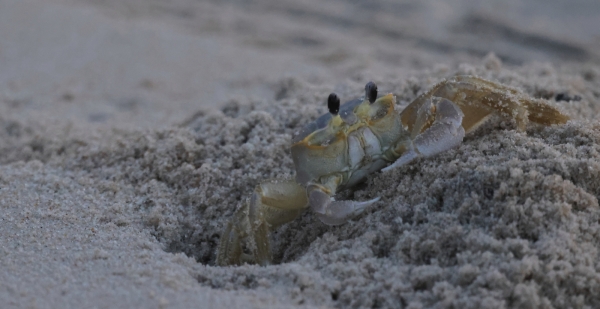 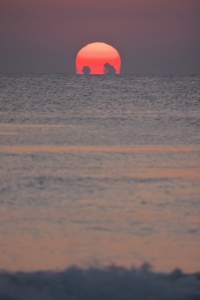 This was a unique morning where a couple clouds made the sun look like it had some eyes.